(Natural News) The FBI has proven time and again that it is no longer a federal law enforcement agency but rather nothing short of being a politicized protector of the deep state.

When it isn’t trying to entrap conservatives into fake crimes, apparently the agency has been monitoring media outlets considered hostile to the regime, according to a document supplied by a whistleblower to investigative journalistic operation Project Veritas.

“A source within the Federal Bureau of Investigation has come forward to expose the FBI’s targeting of members of the ‘news media’ including information about what the FBI calls a Special Investigative Matter (‘SIM’) regarding their investigation into Project Veritas over Ashley Biden’s abandoned diary,” the organization noted in a press release.

According to the document, which was also published by the group, the FBI opened a probe into Project Veritas “knowing full well they were journalists as the document is labeled under a ‘news media’ classification,” the press release notes further, which begs the question: Unless for counter-espionage reasons, why would any agency of the federal government ‘investigate’ any news organization, ever?

The press release goes on to note that the media classification is a direct contradiction to a court filing from the government in which the Biden regime argued that actions taken by the feds to surveil, raid and then seize materials from Project Veritas journalists were appropriate and proper.

“Project Veritas is not engaged in journalism within any traditional or accepted definition of that word,” because its reporting is “non-consensual,” the government’s filing said.

Well, all investigative reporting that exposes corruption is generally non-consensual, as the subjects of the corrupt acts being exposed never voluntarily provide information. So this is a ridiculous assertion on its face.

As for the whistleblower, that individual has many years of experience as a special agent for the FBI, and said they came to the organization because “the direction that the agency has headed troubles a vast majority of agents.”

One other thing that the whistleblower said was “alerting” was the manner in which the FBI categorized the probe into the presidential daughter’s diary — Threat Band I, which is normally reserved for “threat issues that are likely to cause the greatest damage to national interests or public safety in the coming year.”

So obviously, there is something in the diary that is extremely sensitive to the Biden crime family — likely information exposing more dirty deals with foreign governments like Ukraine, Russia and China, making Joe Biden, the dementia president, even more compromised.

The document, which lacks certain information due to the restricted classification of the file, also shows the investigation was launched the same day Ashley Biden’s Attorney, Roberta Kaplan, said, “This is insane. We should send to SDNY,” in response to a request for comment on the contents of Ashley Biden’s diary.

The FBI also used its Cellular Analysis Survey Team (CAST) tools, which includes cellular geolocation tracking of phone devices, to secretly surveil Project Veritas journalists, according to the whistleblower and as revealed on the leaked document.

The whistleblower remains on the FBI’s payroll. In an interview with Project Veritas founder and CEO James O’Keefe, the whistleblower said: “Tyranny happens incrementally, and it happens by a bunch of people agreeing to small injustices over and over simply to keep their paycheck and their pension.”

The whistleblower added: “To maintain your paycheck and pension that gives you the Holocaust.”

There is no question that the FBI is hopelessly corrupt, but convincing enough men and women in Congress to either force people to be held accountable or defund the agency altogether will be impossible, meaning only ‘certain’ Americans will continue to suffer its tyranny. 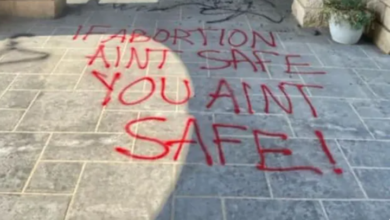