On Friday, a local Louisville radio station reported that hackers hijacked their airwaves and broadcast a profanity laced anti-Trump song to their listeners.

Crescent Hill Radio WCHQ 100.9 FM, a non-profit station, reported the incident on its Facebook page and has filed a complaint with the Federal Communications Commission (FCC) due to the profanity laced song, obviously by some anti-Trump supporter.

“Today, shortly after 2:00 pm, Crescent Hill Radio’s FM feed was hacked by an outside entity.

As soon as we became aware of the illegal transmission, we shut down our FM broadcast. Our internet streaming broadcast at crescenthillradio.com has not been affected and continues to operate normally. We will not resume operations of our FM feed until we can verify that it is secure. We will be making a full and complete report to the Federal Communications Commission of this incident.”

“We apologize to anyone who was offended by the unauthorized broadcast. As a public radio station, our only desire is to serve our local community. As always, we thank you for your past and continued support.”

Sampson further stated, “OK, not funny, someone has hacked into out transmitter tower, and the FM was playing an mp3 clip repeatedly of %$^# Donald Trump. Whatever your opinion, this really sucks for us. Now we have to contact the FCC and explain. We at WCHQ do not deserve to be compromised like this.”

“We may need to do a security sweep to determine what our vulnerabilities are. I personally feel this is serious and threatened our ability to continue to operate in the way we intended.”

Sampson told the Courier-Journal that the clip was of a song by rap artists YG & Nipsey Hussle titled, “FDT (F*** Donald Trump).” The song interrupted WCHQ’s FM feed and was being played on a loop for 15 minutes until station manager Kathy Weisbach managed to shut down the feed.

For a time, the radio station stopped the transmitter until they figured out how it happened.

Did Donna Brazile throw Hillary under the bus in revenge for being called a ‘brain dead buffalo?’ 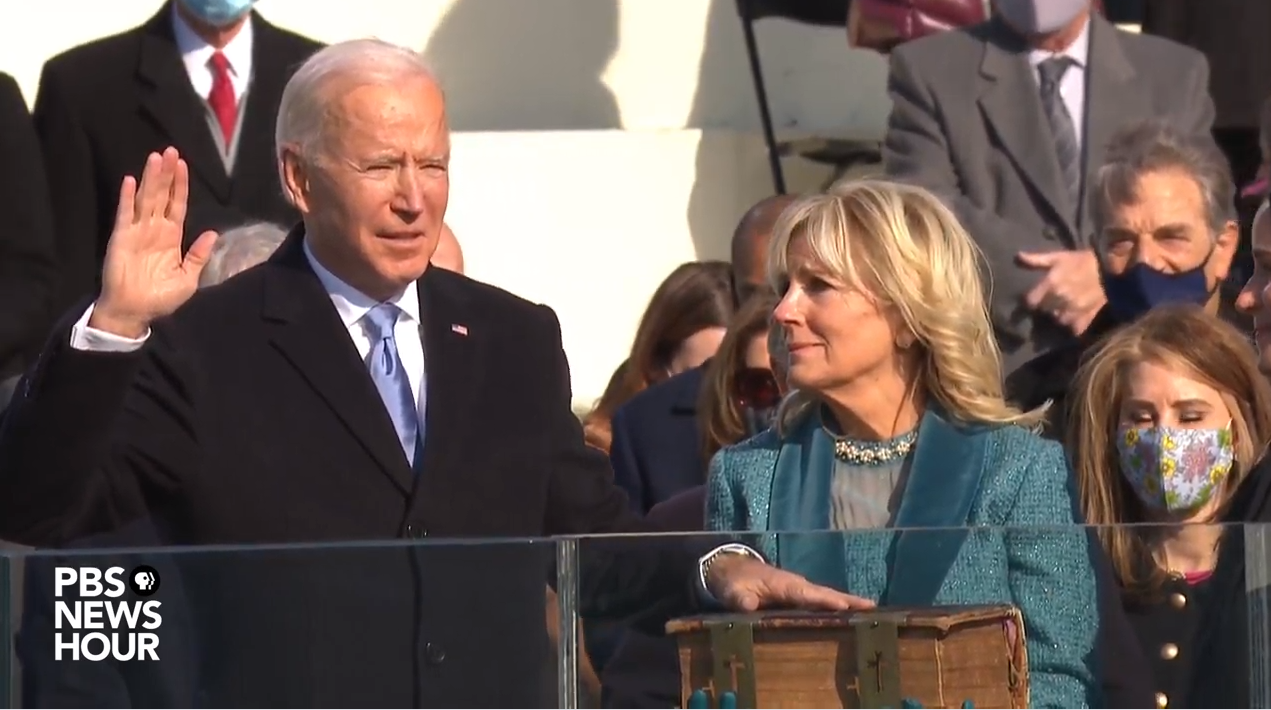 Biden takes oath, but is his ‘unity’ promise hollow rhetoric?