Should America apologize for finishing a war someone else started?

It’s the question that just won’t go away – will Barack Obama formally apologize to Japan for the United States deploying two atomic weapons during WWII? As reported by the Daily Times of Lahore, Pakistan on Apr. 23, 2016, Tokyo and Washington, DC are still buzzing with word that Obama very well could be the first incumbent US president to visit Hiroshima. And with that visit, the former community organizer would in effect apologize for the manner in which the United States ended a war that conceivably would have drug on for years and seen many millions more dead or wounded had any other course of action been taken.

Citing Japan’s economics-centered Nikkei newspaper, speaking on grounds of anonymity, an senior American official  have quietly confirmed that the Obama Administration “planned to propose to Tokyo a visit [to Hiroshima] by the president on May 27, at the end of a Group of Seven (G7) summit hosted by Japanese Prime Minister Shinzo Abe.” As for the Japanese, their playing their cards close to the vest.

Chief Cabinet Secretary Yoshihide Suga is denying that the Japanese government is currently planning any such visit by the outgoing American Chief Executive. According to standard diplomatic protocol, any announcement for such a visit should be initiated by the Americans, not Japan. As Suga stated in a standard government news conference, “The schedule of the US president is a matter for the United States to decide. The (Japanese) government will refrain from comment.”

The conventional wisdom from the usually hard left-leaning academics in the West is to  roundly condemn President Harry Truman for ordering Fat Man and Little Boy to war which killed 200,000 Japanese, both soldiers and civilians, but also ended a world war. However, the men who actually fought World War Two have a much different perspective. As noted by the Alabama Media Group on Aug. 6, 2015 (the 70th anniversary of the bombing of Hiroshima), the overwhelming majority of vets agreed that if not for the atomic bombs, hundreds of thousands, if not millions, would have died if a conventional war would have been waged.

As published at the time, “Virgil Mitchell of Birmingham served in the Pacific as a flight crewman with the U.S. Army Air Forces and agrees that the use of the atomic bomb saved American lives. ‘That would have been one more bloody invasion,’ he told AL.com in a telephone interview on Wednesday. ‘The Japanese would have fought to the last man, and the nuclear bomb… did the trick. It ended the war. We had to do it. There might have been 700,000 American boys killed.'”

As Henry I. Miller of Forbes magazine objectively cited in an Aug. 6, 2013, “The historical context and military realities of 1945 are often forgotten in judging whether it was ‘necessary’ for the United States to use nuclear weapons.” Indeed, the estimates of dead on both sides ran into the millions if the Allied powers resorted to invading the Japanese Home Islands. Tagged Operation Downfall, it was formulated that at least 1,000 Allied and Japanese soldiers per hour would have been killed until there were essentially no more Japanese left willing or capable of carrying on the fight.

Just in the capture of Kyushu, the southernmost and second smallest of the main Home Islands, the estimate of Allied ground combat troops to be killed in action was at least a quarter of a million. Other than the United States, Great Britain and the Commonwealth nations of Australia, Canada, and New Zealand were initially slated to contribute ground, air, and naval forces to Operation Downfall. It was widely understood that in conquering all four main islands, Allied casualties would number in the millions.

According to Portland State University (of Oregon), the number of both military and civilian Japanese deaths was largely based estimates of how both Imperial Forces and Japanese civilians conducted themselves during the course of the Pacific Theater of War. With the Battles of Okinawa and Saipan still fresh in the minds of American fighting men, the Allies had no reason to believe that Japanese parents on the Home Islands would conduct themselves any different than their compatriots on Okinawa or Saipan.

During the course of both previous battles, Japanese parents killed their own children then themselves by the thousands rather than face the dishonor of being captured by the Americans. On both islands the actual population of ethnic Japanese was actually quite small when compared to the 100 million which populated the Home Islands.

To further complicate matters, the Japanese troops themselves were renown for literally fighting until the last man. Of the handful of “Japanese” captured during the course of the war, the vast majority were in actuality, Korean slave laborers.

Quite possibly a prime example of damned if you do, damned if you don’t, even if the Allied forces chose not to invade, millions of Japanese very possibly would have died. As cited by the Air University of the US Air Force, the Allied Powers had as a contingency plan Operation Starvation. Basically, the whole of the Japan would be blockaded by sea, and eventually starved into submission. While historians have wildly different estimates of the casualty count if the blockade were ever put into place, it’s generally agreed that the death count would be at least 5 million, possibly as high as 40 million.

But the Japanese Empire still had a potent fighting force of millions of troops and at least 13,000 aircraft awaiting the invading forces. Months before their surrender, Japanese leaders were already mobilizing tens of millions of Japanese men, women and children into their last ditch Home Guard.

Armed with everything from homemade rifles to landmines strapped to their chests to sharpened bamboo spears, the Home Guard were trained to willingly charge Allied troops concentrations to kill as many as possible until they themselves were killed. Rarely discussed by military tacticians nor professional historians would be the psychological toll that would have been taken on Allied ground combat troops, the vast majority of them teen-agers, who would have no choice but to kill large numbers of not only Imperial soldiers, but also Japanese civilians the same age as their own grandparents and kid brothers and sisters back home.

Obviously taken into consideration by American admirals was the knowledge that during the Naval Battle of Okinawa, Japan employed roughly 1,500 Kamikaze suicide aircraft. More American sailors were killed or wounded by Kamikazes alone during the Okinawa campaign than in any previous naval engagement of the entire war, regardless what type of weapon the Japanese used.

While more than a few academics have both second guessed and also condemned Allied planners for using atomic weapons against innocent people, the same Allied planners understood Hiroshima and Nagasaki were valid, legitimate military targets. Objective historians since the end of the war have also pointed out that it was the Tokyo government that militarized the two cities, not the Allies.

Specifically, both cities were targeted for the following: 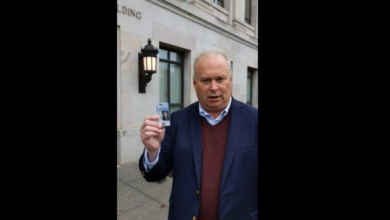