In his address to the nation Thursday night, President Biden based his labeling of supporters of former President Trump as a “threat to democracy” largely on the challenge to the 2020 election result and the Capitol riot.

A reporter in Arizona on Friday pressed Republican gubernatorial nominee Kari Lake on her claim that Biden is dividing the country, asking why it couldn’t be said that Trump is being divisive by “falsely telling people he won that election when he lost it.”

“Questioning the election when there obviously were problems is dividing the country?” she asked. “Since when can we not ask questions about our elections.”

Lake, a longtime TV news anchor in Phoenix, said she recalled many journalists and Democrats asking questions about the outcome of the 2016 election in which Hillary Clinton lost to Donald Trump.

“We have freedom of speech in this country,” she told the reporter. “You, of all people, should appreciate that.”

Lake said that what she does see dividing a country is “shutting people down, censoring people, canceling people, trying to destroy people’s lives when they do ask questions.”

“Last I heard we still have a constitution,” she said. “It’s hanging by a thread, thanks to some of the work some people in this area have done.

“And maybe some day you will thank us for that.”

The Republican National Committee compiled a video of some of the many times that Democrats questioned the legitimacy of the 2016 election. The charges of illegitimacy were based largely on a Trump-Russia collusion investigation that was prompted by false information fed to Obama administration officials by the Hillary Clinton campaign. The “evidence” included the bogus Steele dossier based on Russian propaganda, the claim that Trump had a secret back-channel to Vladimir Putin through a Moscow bank, and the allegation that the Trump campaign worked with Russia to leak the revealing emails of Clinton’s campaign chairman.

See a video montage of Democrats claiming Trump didn’t win the 2016 election and was an illegitimate president:

Here’s something Joe Biden DOES NOT want you to see.

Meanwhile, the evidence that the FBI ran an operation to kidnap Michigan Democratic Gov. Gretchen Whitmer to damage Trump’s reelection effort in 2020 is casting light on the events of Jan. 6, 2021, at the Capitol.

Democrats and their Republican allies who blame the rioting on Trump and his supporters begin their argument with insisting that questioning the outcome of the election is illegitimate.

They contend that the hundreds of thousands of Americans who gathered on the National Mall that day as a Joint Session of Congress voted on the certification of the state presidential elections were “insurrectionists” rather than simply citizens who believed that their votes didn’t count and hoped their representatives would give the claims of fraud a fair hearing.

In fact, amid the violence on Jan. 6 – for which there is evidence of incitement by federal informants and Antifa agitators – the constitutional, checks-and-balances process of contesting individual electoral votes or entire state returns was thwarted, working against the interest of Trump and those who believed the claims of fraud had not been properly adjudicated. The FBI found no evidence of any coordinated conspiracy to overthrow the election, Reuters reported last August.

On Friday, Biden insisted to Fox News reporter Peter Doocy after clearly stating in his address and via Twitter that “Donald Trump and the MAGA Republicans” are a “threat to this country” that he didn’t say Trump supporters are a threat to the country.

“You keep trying to make that case,” Biden told Doocy. “I don’t consider any Trump supporters a threat to the country.

“I do think anyone who calls for the use of violence, refuses to acknowledge an election … changing the way you count votes, that is a threat to democracy.” 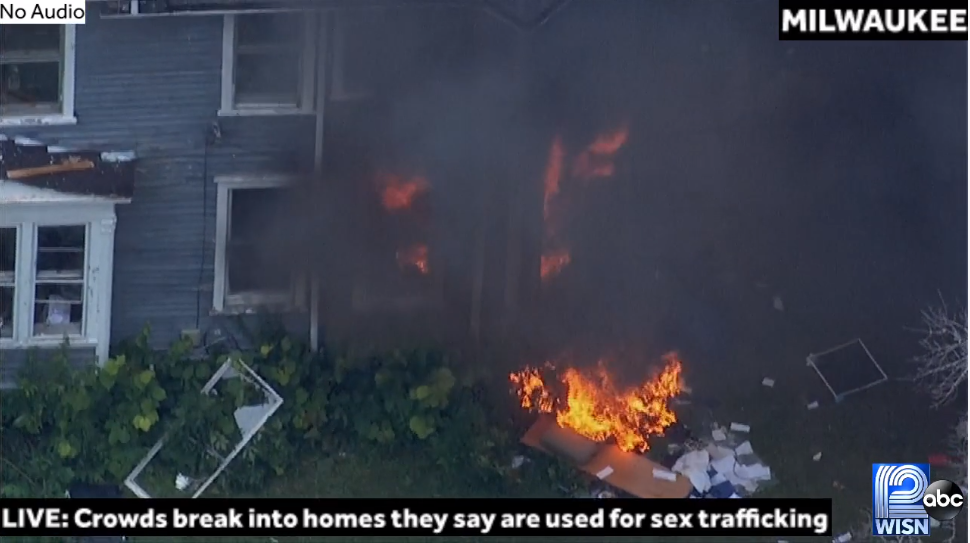