Yes, you read that right.  Was His Lying Demented Fraudulence, Dictator-Wannabe Joe “Applesauce Brains” Biden, sent here by a hostile foreign power to deliberately sabotage and screw up the United States?

You may be wondering where that question comes from and why I asked it.  I was reminded of something my drill instructors at San Diego would say when they were addressing recruits who messed up.  It was rather comical at the time, or at least I thought so.

“Were you sent here by the Kremlin to deliberately (insert colorful metaphor here) my Marine Corps?” they would ask as they got into the targeted recruit’s face.  Of course, they used much more colorful language than I used, but I’m sure you get my drift.

So I can’t help but wonder.  Was Biden sent here by a foreign power to destroy America?

Think about the damage he has done since being installed as president. (And no, I do not for a moment believe he actually got 81 million legitimate votes, regardless of what the tech titans or any one else thinks.)

We can go on and on, but you get the point.  We haven’t even mentioned his disastrous handling of the pandemic and his desire to act as a medical dictator.

Making matters worse, it’s obvious from watching him try to speak that he’s clearly not playing with a full deck.  Moreover, he lies every time he opens his crooked mouth.

A nation exhausted by a two-year pandemic, struggling against rising food and gas prices, driven to distraction by school closures and torn apart by a political schism that erupted into violence is far from at ease with itself.

The sense of turmoil was captured in a new CNN/SSRS poll released Thursday that showed waning faith in US elections and found that most of the nearly 60% of Americans who disapprove of how Biden is handling his presidency were unable to name one single thing they like that he has done. “He’s not Donald Trump. That’s pretty much it,” one despondent respondent said. Another answered: “I really like his new cat, Willow Biden.”

Also on Thursday there was news that a key measure of inflation had climbed to a near-40-year high last month. Rising prices have a kind of strange magic that not only spooks voters, but also seeds the kind of political derangement in which extremists like former President Donald Trump can prosper. His assault on facts — aided by pliant right-wing media — has his fans yearning for his authoritarian return to power 13 months after he incited the deadly insurrection at the US Capitol. The country no longer has a common understanding of the truth, with 37% of Americans saying Biden did not legitimately win enough votes to be president, according to CNN’s new poll.

A post at Civil Candor lists just some of the things Biden is currently destroying:

May 16, 2022: It’s bad enough that you destroyed our economy, Mr. President, but do you have to rub our faces in our pain?

May 15, 2022: Biden has no credibility on domestic terror and that’s a real tragedy.

May 12, 2022: Biden finally admits the real problem with the economy: we’re scared of inflation.

May 10, 2022: There is no new Biden Inflation Plan, only an economy the president destroyed and two pervasive lies he hopes you still believe.

May 5, 2022: With so many great things about America already destroyed, what’s left for Biden? You and me.

And that’s just in the month of May…

“Biden won’t look back at the damage he’s done. He’s too busy making plans to destroy our future. Working closely with Democrats in Congress he has more than enough power to do exactly that,” the post adds.

We can’t say we weren’t warned.  Barack Hussein Obama himself told us to never underestimate Biden’s ability to “f**k things up.”

What’s to be done about this?  At the rate things are going, there might not even BE a United States of America by the time the November midterm elections roll around.

By all means, everyone who gives a tinker’s damn about this country needs to get out and vote.  With very few exceptions, every Democrat running for office needs to be defeated.  We need to elect constitutional conservatives — not the Cheney-Romney RINO types — in an overwhelming majority.  Then they need to remove this evil, corrupt Biden Regime by any legal means necessary.

The alternative is frankly too horrifying to contemplate. 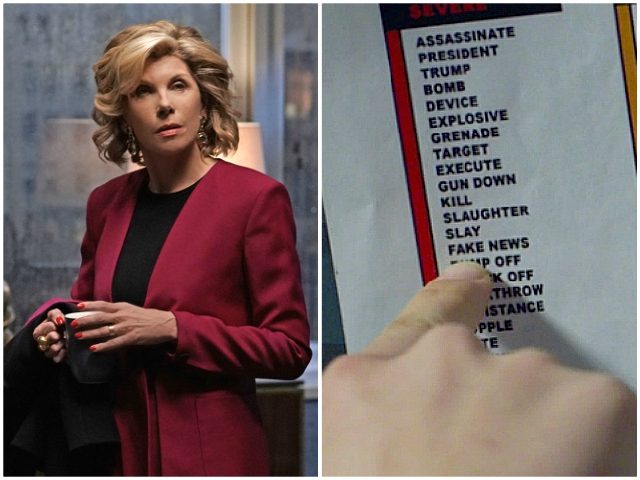 Is it time to banish liberals from America?