Clint Eastwood and his son Scott were interviewed by Esquire Magazine on August 3.  Clint said some things about society and the election that many of us would have wanted to say. He called this the “pussy generation” – here’s why:

“…secretly everybody’s getting tired of political correctness, kissing up. That’s the kiss-ass generation we’re in right now. We’re really in a pussy generation. Everybody’s walking on eggshells. We see people accusing people of being racist and all kinds of stuff. When I grew up, those things weren’t called racist.”

Tired of it is an understatement. People are always accusing others of being racist  when it has nothing whatsoever to do with race. They use the term as a weapon because they have no true knowledge or understanding of what is going on. But they can destroy your life with the word, so everyone runs around being “careful.”

No one wants to work

“…And I’m thinking, That’s Obama. He doesn’t go to work. He doesn’t go down to Congress and make a deal. What the hell’s he doing sitting in the White House? If I were in that job, I’d get down there and make a deal. Sure, Congress are lazy bastards, but so what? You’re the top guy. You’re the president of the company. It’s your responsibility to make sure everybody does well. It’s the same with every company in this country, whether it’s a two-man company or a two-hundred-man company… . And that’s the pussy generation—nobody wants to work.”

The responsibility to make sure ‘everyone does well’ ‘is totally gone from our society. It’s everyone for themselves and ‘get out of my way or I’ll call you a racist, nazi pig.’ Not that anyone of that generation even has a clue what a real Nazi was…they just use it because all the liberals use it.

Knock it off!!!! The Chesty Puller Quote

And there you have why I hate listening to political speeches. Everyone is full of crap.

I’d say get to work and start being more understanding of everybody—instead of calling everybody names, start being more understanding. But get in there and get it done. Kick ass and take names. And this may be my dad talking, but don’t spend what you don’t have. That’s why we’re in the position we are in right now. That’s why people are saying, “Why should I work? I’ll get something for nothing, maybe.” And going around and talking about going to college for free. I didn’t go to college for free. I mean, it was cheap, because I went to L. A. City College—it wasn’t like going to a major university. But it was okay. And then, you know, I didn’t finish, because I decided to become an actor, ruin my whole life. [Everyone laughs.]

After Muslims demanded he apologize for his movie  “American Sniper,” he told them to stay home and not watch it if they didn’t like it. He really did “kick ass and take names,” and didn’t fold up just because someone complained.

There are givers and takers in our society. Those who know the value of working hard to make something that matters are the givers. The takers are the ones who think society owes them. We don’t owe them beans.

A guy trying to exist

“… I was a little kid, five years old, and a guy comes to the back of our house and says to my mother, “There’s a bunch of wood in the back. Could I chop that up for you, ma’am?” And my mother says, “We don’t have money.” And he says, “I don’t want any money. Just a sandwich…”

“It haunts me when I think of all the assholes out there who are complaining. I saw people who really had it bad. There was no welfare to catch, to fill the bill there. The guy just wanted a sandwich. Hopefully later on he got a job somewhere. He was a guy trying to exist, and that’s the way people were then.”

Status quo or something new

When the interviewer asked Clint Eastwood who he would support, Trump or Clinton, the answer was logical: if Clinton is planning to do the same agenda as Obama, then he’d go with Trump.

Which brings me to the point: Clinton is an Obama clone. Like him, she lies, is on a power trip, and will continue to spend our hard-earned money for jihadists and crooks. She is a taker,  the ultimate hypocrite.

Sure, Donald Trump says stupid stuff sometimes, but it’s off the cuff and non-politically correct.

Hillary, on the other hand, is cold, calculating and choreographs her words to make you think one thing when the opposite is true. The Democrats are the party of haters and anti-American sentiments. At least the Republicans were pro-America at their convention. 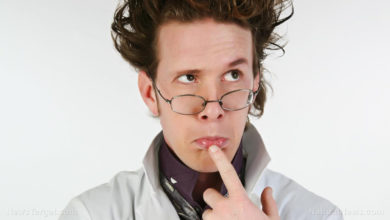 Liberal Pro-Abortion Nut Jobs Who Say An Unborn Baby Is Simply “Tissue” Now Claim That MEN Can Get Pregnant, Have Abortions (Video)