What does “potentially radicalized” even mean with regard to friendships and family? The Biden Administration released a press briefing by a “senior administration official” that stated domestic terrorism is the DOJ’s number one focus. The “National Strategy for Countering Domestic Terrorism” may become a witch hunt that never stops. If they mean Conservative Republicans, then the theological place of eternal punishment would be a good place for them to go. Suspicion of that sort will destroy the fabric of our society.

The problem with all of this is that there are hundreds of people in solitary confinement who have been charged with regard to the Jan 6th riot in DC. It’s the DOJ version of Gitmo for “potentially radicalized” persons. The DOJ/FBI/Democrats/Biden administration/MSM have gone to great lengths to make sure that Conservatives are labeled as “extremists” if they happen to like President Trump… even within the halls of Congress. So I ask again…what is a “potentially radicalized” family member or friend?

Think about Antifa and the BLM attacks on US cities throughout 2020 and into 2021. Is burning down a business not extremism or domestic terrorism? Apparently not to this administration. They are “laser focused” on the ‘right wing terrorists’ and ‘white supremacists,’ while the radical leftists/Marxists that destroy everything they touch are given a total pass.

We will work to improve public awareness of federal resources to address concerning or threatening behavior before violence occurs.  And on that, I would just note that one of the things we’re talking about is the need to do something in this space, like the “See something” — “If you see something, say something” concept that has been promulgated previously by DHS.  This involves creating contexts in which those who are family members or friends or co-workers know that there are pathways and avenues to raise concerns and seek help for those who they have perceived to be radicalizing and potentially radicalizing towards violence…

We are investing many agencies of the government and resourcing them appropriately and asking our citizens to participate. Because, ultimately, this is really about homeland security being a responsibility of each citizen of our country to help us achieve.”

Note that the press briefing did not include the name of the “senior administration official.” “Seek help” for those they PERCEIVE to be potentially radicalized is a crock. These “thought crimes” could land millions of people in jail or the psych ward just because they’re upset with the Biden administration’s tactics and agenda. All based upon suspicion of nothing. Upset and verbal does not always translate to “extremist” or “terrorist” tendencies. This is Biden’s “Red Flag” policy – and without due process.

The DOJ has “redirected” their efforts to internal issues toward potentially radicalized people. How many innocent people will be swept up in this plan that mirrors Stalinist Russia or Nazi Germany? 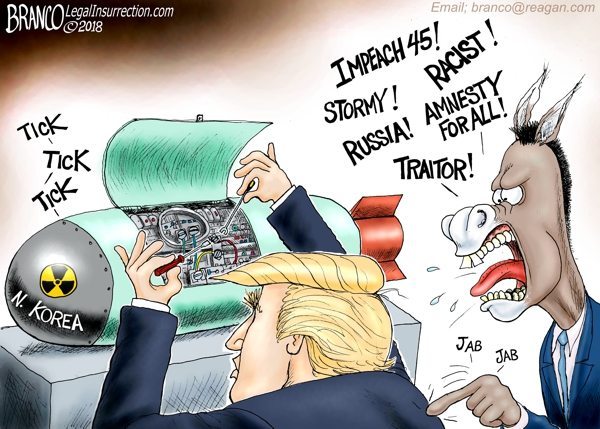 Cartoon of the Day: Saboteurs 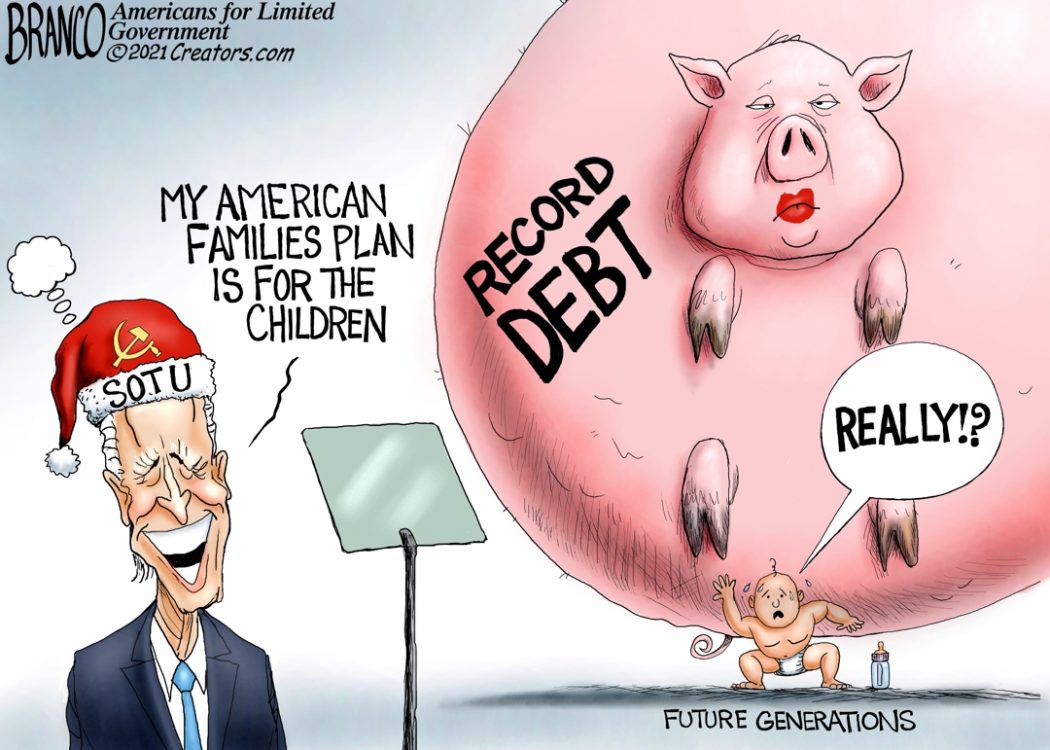