I read with great interest the story at Time where you declared that after looking into the eyes of Mark Zuckerberg, the CEO of Facebook, you believe him and you don’t see any evidence of censorship from the social media giant.  I must, respectfully, disagree.

Let me start by saying that I’ve listened to your program and watched you on TV for quite some time and always believed you to be a man of integrity.  I’ve heard you encourage your audience to question everything, with boldness.  I thought you were in a “relentless pursuit of the truth.”

You say you can trust Zuckerberg and COO Sheryl Sandberg.

Please explain to me, then, how you can trust someone who was caught on an open microphone telling German Chancellor Angela Merkel that he was working on ways to stifle negative stories about Middle Eastern migrants?  Plenty of bloggers, including myself, wrote about it, but the story came from CNBC — hardly a hotbed of conservatism:

After this meeting, Facebook announced an initiative to rid the European continent of “hate speech,” which as you well know, is speech that doesn’t pass muster with Facebook’s liberal leadership.  Perhaps as a result of that promise, Facebook banned a blogger over a post supporting victims of migrant rape.

And you say that you trust this man?  Really?

In an editorial making the rounds on the Internet, you seemed more upset with other conservatives who dared bring up issues other than the Trending Topics controversy.

Trust me, Mr. Beck, the Trending Topics issue is just the tip of a very large iceberg.  If you really want to pursue the truth, as you have repeatedly claimed, you would be investigating this.

In your editorial, you said, “We can, and will, debate the merits of some of the complaints against Facebook, but, in my opinion, there is no evidence of a top-down initiative to silence conservative voices.”

Mr. Beck, I have evidence of Facebook’s double standards, abuse and, yes, censorship.  I have written a number of articles on the issue and I have experienced it first-hand.

I won’t bore you with the details — many of those will be presented in an upcoming book on the social media site set to be published sometime this fall (It’s interesting to note that Facebook has so far refused to answer multiple inquiries… nevertheless, the book is going forward).  I will tell you, however, that several of my articles — out of more than 5,000 — were falsely flagged as “unsafe” by Facebook.  They all had one thing in common: they mentioned Islam.  Other writers have experienced the same thing.

From May – December 2015, I was also repeatedly banned based on posts I never made.  Worse yet, the posts were all made to appear as though I made them.  Other people were banned for the exact same posts, and they were all formatted to appear as though they came from the individuals banned.  All of those posts had one thing in common: they mentioned Islam.

In short, users like myself have been banned based on forged posts.

In another case, Facebook shut down the popular 2 Million Bikers to DC page over an innocuous opinion that hardly violated the site’s community standards.

Of course you wouldn’t know about this because you exist in a much higher socio-political strata than I, a mere blogger and freelance writer.  I’m sure if this happened to you or your outlets, a simple phone call would correct the issue.

This happens all the time, Mr. Beck.  Just because you’re not aware of these incidents doesn’t mean they don’t happen.  Truth is, Mr. Beck, Facebook refuses to hear from average users like myself.  Unlike you, I don’t get to examine Mr. Zuckerberg’s soul or his eyes.  I can only judge by what he says and what his company does.

I encourage you, Mr. Beck, to follow your own advice and not be Zuckerberg’s “useful idiot.”  Question everything, with boldness, and pursue the truth.  I think you may be surprised at what you may find.

As always, Mr. Beck, I remain available to discuss this with you at any time.

German citizens express fear, panic over migrants: ‘This is our future’ – Video 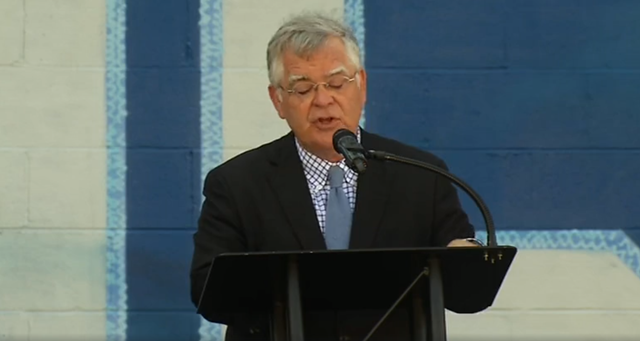