NYC and rats. They’re an infamous paring that goes together like, well, Corruption and D.C., or San Francisco and sidewalk poop.

It’s a big enough problem that, not unlike San Fran’s sidewalk poop interactive map, NYC has their own Rat Information Portal, which is basically a map that tracks infestations.

And with rat infestations come the risk of disease. In this case, Leptospirosis.

Have you ever heard of Leptospirosis? It’s considered a ‘rare’ disease, but it’s not so very rare that it hasn’t infected about a million people a year — and 60,000 of them fatally. Fortunately for Americans, it doesn’t rear its head too often here. But it is making an exception this year.

Leptospirosis has infected at least 15 New Yorkers, hospitalized 13, and killed at least one. Rats are the most likely culprit. Kidney failure is one of the ways leptospirosis sends infected humans to the hospital.

Weil’s disease, as it’s also known, is spread from animal to human, often through contact with infected rat urine. And 15 (known) cases represent a significant uptick to those baseline numbers.

What is New York doing about it? Well, besides suggesting ‘climate change’ might be to blame while ignoring their city’s sudden spike in homelessness and empty buildings over the COVID year, not too much. The city is taking the boring old ‘trust the bureaucracy to deal with it’ route.

Good luck with that, New York. That approach has done wonders with all your other issues these last few years, right?

Meanwhile, some of the citizens themselves are thinking out of the box. They’re calling on the big dogs to solve this problem. Well, maybe not SO big… they are terriers, after all.

Terriers, for those who didn’t already know, are natural rat-catchers. It’s built right into the breed. And in a place like New York, that’s overrun with them, terriers are in their glory.

While the NYSDOH is working with homeowners to conduct rat remediation, some citizens are taking to the streets on their own to deal with the rat problem. Richard Reynolds, an American Kennel Club judge, took the overwhelming rat problem in the city into his own hands, or rather his dog’s mouth.

For about 30 years, Reynolds has spent his Friday nights responding to public complaints about rats. With the help of his volunteer group, Reynold’s Ryders Alley Trencher Fed Society (RATS), Reynolds and his dog hunt rats on the streets of NYC.

…During the hunt, Reynold’s terrier and the other volunteers’ dogs track down the rats at various garbage cans and construction sites in the city. Then the dogs instinctively kill the rats. But Reynolds says over his 30 years of hunting he’s never seen a dog get sick.

Reynolds said the dogs know to avoid the diseased rats. “You can tell when you see a pile of dead rats if they look sick and dehydrated, they probably have lepto,” Reynolds told Insider. “Our dogs walk right past those rats.”

Reynolds started hunting rats after a dog show in Liberty Park. Reynolds said one of the dog handler’s set ups became infested with rats, and he let his terrier go take care of business. After the park superintendent saw the terrier hunt and kill the rats and asked Reynolds to come back and help hunt more rats.

“Our hunts, they suit both the places we hunt and it suits the terriers—they do what they were born to do,” Reynolds told Narratively. “They love it, we get our kicks out of it.” —NewsWeek

As far as ‘organic’ solutions to an infestation problem go, you don’t get more natural than this.

Better yet, they’re volunteers. A service that could literally be saving lives isn’t costing the city a penny. 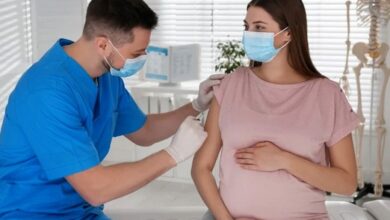 Report: 44% of Pregnant Women in Pfizer Trial Lost their Babies Even as Regime Continues Pushing Vaccine