New reports pertaining to an investigation into Hunter Biden’s “tax affairs” indicate that the Justice Department began the probe in 2018, a year before Joe Biden announced his campaign for the presidency.

Biden’s son revealed Wednesday that federal prosecutors in Delaware had been investigating those affairs – including scrutinizing some of his Chinese business dealings and other transactions.

“I learned yesterday for the first time that the U.S. Attorney’s Office in Delaware advised my legal counsel, also yesterday, that they are investigating my tax affairs,” Hunter said in a statement.

“I take this matter very seriously but I am confident that a professional and objective review of these matters will demonstrate that I handled my affairs legally and appropriately, including with the benefit of professional tax advisors.”

An Associated Press report indicates the “tax investigation was launched in 2018,” immediately calling into question the integrity, if not the incompetence, if not the malicious and willful intent to suppress information, by the mainstream media in America.

Two sources familiar with the investigation tell CBS that the tax investigation of Hunter Biden began in 2018 report @ClareHymes22 @AndyTriay. The investigation went quiet during election season due to DOJ policy around "overt" investigative action that could impact election. https://t.co/BRWQ48SHOs

The Hunter Biden Investigation and the Media’s Criminal Ignorance

Complicating Hunter’s tax affairs is a Fox News report Thursday morning regarding their review of a new accounting from the Senate Homeland Security and Governmental Affairs Committee.

The report outlines “Hunter Biden’s past dealings with Chinese nationals – including some flagged for ‘potential financial criminal activity.’”

“Hunter Biden had business associations with Ye Jianming, Gongwen Dong and other Chinese nationals linked to the Communist government and the People’s Liberation Army,” the report says, according to Fox News.

“Those associations resulted in millions of dollars in cash flow.”

Where are daily leaks from these committees broadcast to the world within hours as there were for the Russian collusion hoax? Where was the media, which once thrived on unveiling political scandals to the public, for two full years as the investigation churned on?

Ben Shapiro, the editor of the Daily Wire, reminds us that the media and Big Tech deliberately buried a New York Post story involving emails found on Hunter Biden’s laptop which seemed to discuss shady business dealings with foreign entities.

“Hunter Biden has been under investigation since 2018. We only found out about this now,” Shapiro tweeted. “The media didn’t dig into allegations about Hunter during the entirety of the 2020 election cycle.”

He added that “many declared that stories from the [Post] were Russian disinformation.”

Hunter Biden has been under investigation since 2018. We only found out about this now. The media didn't dig into allegations about Hunter during the entirety of the 2020 election cycle. Many declared that stories from the @NYPost were Russian disinformation.

President Trump had to force the issue by bringing up the New York Post story at the debates, but the media still refused to investigate.

Big Tech giant Twitter deliberately censored the story then later admitted it was wrong to do so. That admission came in the form of testimony before the Senate … after the election.

The @Twitter CEO admits censoring Hunter Biden report and was wrong. Twitter CEO Jack Dorsey admitted in a Senate hearing Tuesday that it was wrong for the social-media giant to Censor.

Shapiro continued savaging the media regarding the Hunter Biden story.

“Meanwhile, according to CNN, the DOJ kept their investigation quiet ‘due to Justice Department guidelines prohibiting overt actions that could affect an election, the person said,’” he wrote. “Which means they kept quiet to affect an election.”

“So, here’s the thing about members of the media now screaming about the undermining of democracy. F*** right off,” Shapiro raged. “Your job was to bring relevant information to the American public. You ignored it, because you are largely Democratic mouthpieces.”

That last bit – there isn’t a fact-checker alive that can dispute the assertion that the media is one and the same with the Democrat party.

So, here's the thing about members of the media now screaming about the undermining of democracy. F*** right off. Your job was to bring relevant information to the American public. You ignored it, because you are largely Democratic mouthpieces.

If it hasn’t been glaringly apparent that the media is overwhelmingly biased and serving as Democrat activists rather than American informants before, this Hunter Biden story should serve as ample evidence.

“President Trump spent days and weeks and months talking about trying to get the liberal media to cover this, and it’s not shocking that they absolutely, not just refused to cover it, but frankly I think covered it up in many cases and refused to hold the fire on Biden and certainly on these business dealings.”

President Trump warned days ago that America no longer has freedom of the press.

“They don’t want to talk about Hunter, so they totally closed it off, big tech and the media, other than The New York Post, as you remember, which took a lot of heat,” Trump said.

“It’s a situation, the likes of which — we don’t have freedom of the press in this country. We have suppression by the press,” he added. “They suppress.”

When will it ever end?

Donald Trump: ‘I would bring back waterboarding’ – Video 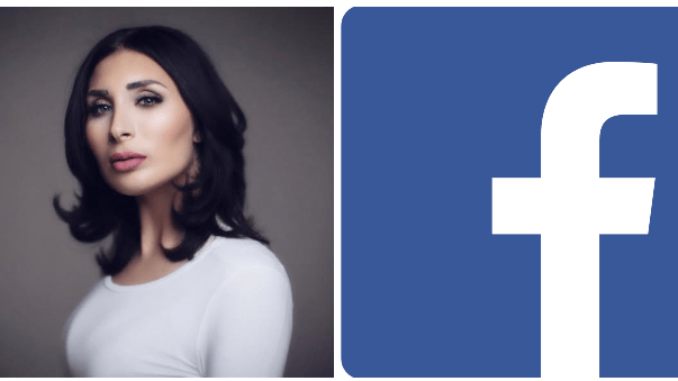