Call it a miracle or maybe just a message to the party that spawned foul-mouthed chairman Tom Perez, who infamously asserted earlier this year that Republicans “don’t give a s— about people,” but Iowa Democrats have reportedly decided that congressional candidate Heather Ryan won’t be speaking to the Polk County Democrats in September.

Her “potty mouth” apparently is responsible. She has called sitting Republican Congressman David Young an “a—hole.” And, according to Fox News, she posted a message on Facebook complaining that she had been censored. Fox quoted Ryan stating, “The party that tells women to sit down and shut up is not supposed to be the Democratic Party… I may not be refined, but I’m real. The polished turds that they continue to shove down our throats as politicians are still turds.”

Ryan, a Navy veteran and businesswoman, describes herself as being “slightly left of Jesus.” She also says in a campaign video that, “I’m not going to pretend to be vanilla when I’m really Rocky Road.” In a field dominated by slick talkers who speak in hard-to-pin-down generalities, Ryan’s appeal may be her bluntness.

Foul-worded vitriol is nothing new to politics, particularly on the left side of the playing field, but this is a signal to the party that seems to dominate both coasts that in the America they fly over to attend big bucks fund raisers, a woman spitting out barroom vernacular is not going to be near a microphone at what is described as a family-friendly event.

The Des Moines Register broke the story earlier in the week. An attempt to contact Ryan via email has gone unanswered.

The inquiry was about one of her campaign positions. She claims to be “especially passionate about health care for all (and) sensible gun reform.” Just what is “sensible gun reform?” In hunter-friendly Iowa, it better translate to something like changing brands of shotgun shells, or a would-be politician just might be in trouble.

Here are some of the other things found on her campaign website. She supports single payer, universal healthcare for all and fully-funded public education from preschool to community college. She wants affordable universities “with student loan refinance and forgiveness opportunities.” She supports a $15-an-hour minimum wage, increased subsidies for renewable energy and comprehensive campaign finance reform.

Oh, and she would “build a wall around Iowa to keep out Donald Trump.”

Ryan has probably done Second Amendment activists a small favor by adding to the anti-gun lexicon. “Sensible gun reform” is another term for gun control, same as “gun safety” or “gun responsibility.” Gun prohibitionists have been juggling the language for years in an attempt to mask what they are doing. Calling their efforts “sensible” is a subtle suggestion that opponents are not sensible. 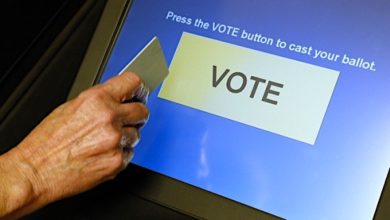