BACK in January 2015, almost a year and a half ago, an entire expose’ was devoted to the smuggling of countless militant Islamic jihadists – in tandem with a multitude of illegals into America – via the nation’s non-existent borders. In fact, its basis is as crystal clear today as when first exposed at this site, at least to those invested in the security of the nation, and whose eyes are non-blinded by PC messaging.

MORE specifically, mind you, when the following was revealed it flew across the internet like a house on fire:

HOW many Americans are aware that Eastern European cartels – narco-terror related – are flooding America with thousands upon thousands of Muslims/Islamists – and that the Islamist-in-Chief gives them a wink and nod via his illegal immigration thrust?

WELL, if not, you may want to catch up to speed…much worse than you thought…

OMINOUSLY, atop every other national disaster  – accrued via Obama Inc.’s (purposeful) open sesame borders – the entry of Islamic terrorists lies at the epicenter.

TANGIBLY, many thousands of (non-terror related) illegals pouring into the U.S. – on a non-stop basis – eat away at the nation’s fiber. Inevitably, America will be transformed into a third world country. The regime is counting on it.

HOWEVER, the disasters attributed to their illegal thrust into the heart of America –under the “watchful eyes” of Barack HUSSEIN Obama – will take a number of years to become self-evident, before the full effects are truly felt. A slow and torturous death. Cancerous. Yet, by then, the Betrayer-in-Chief will be reveling in his explosive handiwork from afar……

SO it is with the above in mind that smuggling via cartels, whatever their point of origin, must be viewed, even though stopping them completely will be next to impossible. Nevertheless, we can agree that placing this and that obstacle in their paths will certainly slow them down, and to a more than consequential margin.

IN the main, it is already an established fact: there is a deep nexus between Latin/Central American/Mexican narco-terrorists and smuggling illegals into America.

RANCHERS, their families, and citizens in general, are terrorized by drug cartels. Said gangsters operate, hand-in-glove, with Islamic terrorists seeking to enter America, for whatever price needs to be paid to get the job done. Infiltrating and penetrating. They are deadly serious, as are Obama and Demster comrades, and they will do ANYTHING to “incentivize a tsunami of illegality”. ALARMS along the way, re MS-13 and their narco-terror linkage to Islamic terrorists – Sunni and Shia alike – are blaring at this site.

BUT it wasn’t until an investigation (on this end) into Hezbollah’s (Iran’s proxy terror arm) burgeoning presence in Latin America that the first narco-terror thread emerged. Unexpectedly, these (“follow the jihadi money”) weaving’s led straight back to the nexus between narco-terror and illegal smuggling into America. Imagine that.

Certain subjects hit closer to the gut than others. And this one qualifies as one such direct hit. To be sure, one doesn’t wake up one morning and decide, yes, let’s start “following the money”. Not at all. But things do have to fall into place to bring one aboard.

Some background: in the aftermath of 9/11/01, while Americans were literally incinerated by Islamic jihadists, fellow Jews in Israel were continually blown to bits on buses, at shopping malls, and everywhere in between. Said scenario was certainly not conducive to sitting on the sidelines. Stipulated, additional pressure points were in the mix, and duly explained within.

In tandem, an idea was percolating where “following the (jihadi) money” evolved, and it can be found at here. It became obvious that being a co-owner of a corporate tax practice could be useful (with a specialty in forensics), and not just as a way to comfortably support one’s family. As such, a place where one earns a living could also be utilized for the greater good.

Thus, joining forces with several investigators became a force multiplier with infinite potential. Having more than enough business resource material/access to sift through the financial muck of Islamic jihadi (inter-related !) US non-profit groups, a starting point was born. After much painstaking effort, a treasure trove of goodies was uncovered.

Not only was it galling to witness said abuse of U.S. non-profit tax laws (and their tax violations are ongoing), but upon learning who supported the terror organs (even though it wasn’t readily apparent in the supplementary 990 IRS attachments, but this was where a forensic colonoscopy came in), as well as whose hands the monies ended up in, the findings were more than enough reason to march on.

And this was where Dr. Rachel Ehrenfeld intersected…having come to the realization that a tax practice can only get one so far (even with the IRS Criminal Complaint Division (Newark, NJ) on speed dial, coupled with occasional “in-their-face” drop-ins to their headquarters), as such, a main contact who knows her well sent the following research material gratis…and many more droppings along the way – www.amazon.com/Confronting-Terrorism-Financing-American-Foreign/dp/0761830669/ref=sr_1_2?s=books&ie=UTF8&qid=1364714251&sr=1-2.What a “helper.” A very connected New Yorker.

Yet, to understand why she is the master/mistress of the narco-terror domain, see this too – en.wikipedia.org/wiki/Rachel_Ehrenfeld. So pay rapt attention to the good Doc, housed in the link…. continue reading for a full jaw-dropper and eye-opener….

IN this regard, whereas E. European cartels and gang-related drug/people smugglers have been “busy” under the “watchful” eyes of DHS (the overseer of Border Patrol) from the day HUSSEIN Obama despoiled the People’s House, similarly, Brazilian (and others) smugglers are equally on the job!

A smuggling network has managed to sneak illegal immigrants from Middle Eastern terrorism hotbeds straight to the doorstep of the U.S., including helping one Afghan who authorities say was part of an attack plot in North America.

Immigration officials have identified at least a dozen Middle Eastern men smuggled into the Western Hemisphere by a Brazilian-based network that connected them with Mexicans who guided them to the U.S. border, according to internal government documents reviewed by The Washington Times.

Those smuggled included Palestinians, Pakistanis and the Afghan man who Homeland Security officials said had family ties to the Taliban and was “involved in a plot to conduct an attack in the U.S. and/or Canada.” He is in custody, but The Times is withholding his name at the request of law enforcement to protect investigations.

Some of the men handled by the smuggling network were nabbed before they reached the U.S., but others made it into the country. The Afghan man was part of a group of six from “special-interest countries.”

The group, guided by two Mexicans employed by the smuggling network, crawled under the border fence in Arizona late last year and made it about 15 miles north before being detected by border surveillance, according to the documents, which were obtained by Rep. Duncan Hunter, California Republican.

THE question has never been: how can this be? Rather, how couldn’t it be? In other words, whereas a few – here and there – are nabbed by persistent Border patrol agents – despite orders to “stand down” – it is absolutely the case that directives from the top of the chain of command are clear: do NOT stop the illegal “traffic” into America, be they “garden variety” illegals, or those who are of militant Islamic jihadi origin! This is a fact.

NOT only that, those who blow the whistle from deep inside DHS’s apparatus become targets themselves! This too is a fact.

MOST significantly, not if, but when coordinated attacks explode within America, no one within officialdom can feign….shock…shock…..

EVEN more so, their complicit actions will reflect the historical record, that is, if a non-tainted rendering serves as testimony. Effectively, rivers of blood-soaked knock-on-effects will land DIRECTLY at Obama Inc.’s multitude of doors – with HUSSEIN Obama’s in the forefront!

TO wit, let this blog site act as an on the record indictment for all time!

Islam, A Plague, Has No Place In Civilized Society, Despite Western Enablers. The Proofs. 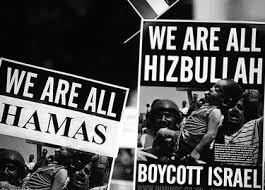