Hide your big sodas, store your infant formula, and bury your firearms. The speculation is over former New York City Mayor Michael Bloomberg, one of the world’s richest people who believes he has the right to control every aspect of your life has formally launched a Democratic bid for president. Bloomberg’s first ad

When Bloomberg was running for mayor he was a Republican, he’s running for president as a Democrat.  He’s settled into the party tradition because like most of the fare coming out of the Democratic Party, Bloomberg’s first ad is full of lies and spin: Here’s the text of the emperor wannabee’s first ad, with some truth and snark interjected

Mike Bloomberg started as a middle-class kid who had to work his way through college, then built a business from a single room to a global entity, creating tens of thousands of good-paying jobs along the way. He could’ve stopped there, but when New York suffered the terrible tragedy of 9/11, he took charge, becoming a three-term mayor who brought a city back from the ashes, and brought back jobs and hope with it.

Actually, Rudy Giuliani took charge that’s when he got the nom de plume of America’s mayor. Then he endorsed you, and you don’t want to give him any credit?

Creating tens of thousands of affordable housing units so families could have a decent place to live, raising teachers’ salaries and kids’ graduation rates, and creating a more open and livable city for the millions who call it home.

Driving owners of city real estate out of the city with oppressive regulations, high taxes,  and rent control.

He could’ve stopped there. But when he witnessed the terrible toll of gun violence, he put his money where his heart is, helping to create a movement to take on the NRA and the politicians they own, to protect families across this country and help turn the tide.

When he was NY Mayor,  Bloomberg acted like an emperor who made the rules.

Most know that Bloomberg is a radically anti-Second Amendment who has spent millions destroying gun rights. In fact, the New York Times once wrote that Bloomberg’s gun control agenda went too far. For example, In Washington State, Michael Bloomberg and some of his favorite anti-gun billionaires spent $4,661,572 for advertising that pushed through the anti-Second Amendment I-1639, despite overwhelming law enforcement opposition  His “Everytown for Gun Safety” group spent $2.5 million to help promote the Democrats into the majority in Virginia. Based on that new liberal majority left-wing Va. Gov. Northam told his cabinet that removing gun rights, including confiscating some people’s firearms, would be one of his first priorities

Bloomberg believes over regulating guns will make criminals and crazy people stop committing mass shootings. But that ignores the fact that by definition criminals and people with mental disorders do not care about the law, Based on Bloomberg’s logic we should ban forks because they cause people to overeat and become type-2 diabetics.

And he’s funded college educations for thousands of deserving low income and middle-class kids, and supported lifesaving medical research. And stood up to the coal lobby and the outright denial of this administration to protect the only home we have from the growing menace of climate change.

At this point in the commercial, Bloomberg shows firefighters fighting wildfires, but the number of wildfires in the US is decreasing. Taking a look at the trends through 2016 via the federal government’s National Interagency Coordination Center, there hasn’t been a spike in US wildfires, in fact, the five year average of 62,248 fires/year (lower than the ten year average of 73,304 fires/year. An indication that the number of wildfires has been decreasing (sorry Bloomberg–have a big soda it might make you feel better). 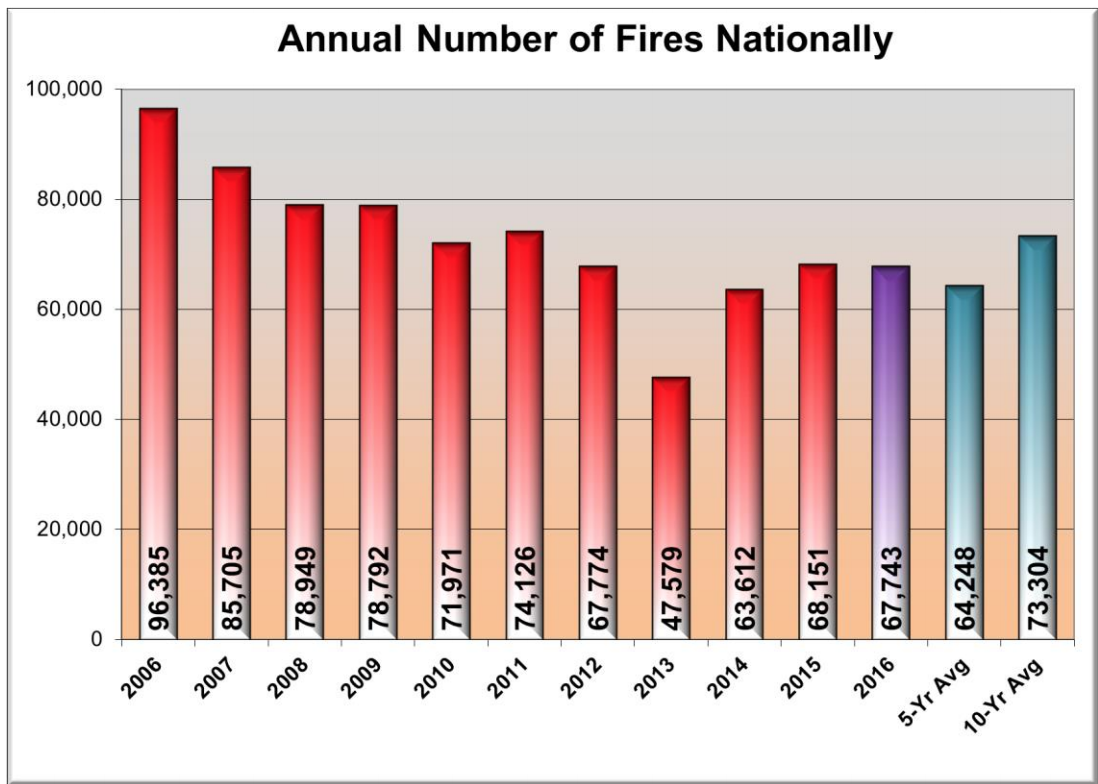 But now he sees a different kind of menace coming from Washington. So there’s no stopping here. Because there’s an America waiting to be rebuilt. Where everyone without health insurance is guaranteed to get it, and everyone who likes theirs can go ahead and keep it.

The president issued an infrastructure and the Democrats joined in with John McCain to fillibuster a health plan. Perhaps if the House of Representatives worked on these issues instead of attacking, obstructing, and impeaching the President these issues would have been solved.

Where the wealthy will pay more in taxes and the struggling middle class will get their fair share. And jobs that just allow you to get by will become jobs that let you get ahead. Mike Bloomberg for President.

Does Mike Bloomberg read newspapers? Unemployment is at record lows. In fact, there are more jobs than people who want them. A reason for the great job news is the Trump tax-cuts and removal of business-killing regulations.

Perhaps he stores his newspaper in the same place he stored the baby formula in city hospitals when he was mayor. He ordered that baby formula must be kept under lock and key similar to medications. and any new mom who requests formula will be given a lecture on why breastfeeding is better.

You will see many more Bloomberg ads in the near future, his campaign has made a  $30 million+ ad buy.

See a video of his first ad below: