On Friday, students-turned-activists and media darlings David Hogg and Cameron Kasky appeared on HBO’s Real Time with Bill Maher.  During the program, Hogg — who has spent a lot of time smearing those who support the Second Amendment while ordering Americans what to do and where to go — bragged about hanging up on the Trump White House.

Hogg said he “hung up on the White House the other day” after he received a call to attend Trump’s listening session. He called the timing of the invitation “very offensive considering the fact that there were funerals the next day, there was mourning we still had to do.”

So what did they say about politicians?

“With the march we want Americans to stop being afraid of demanding our politicians to take action. They work for us, we don’t work for them,” Kasky said. “The march is us coming out and saying to our employees, ‘You guys suck at your job.’ ”

In February, Kasky appeared on CNN’s Town Hall where he questioned Sen. Marco Rubio (R-Fla.) on whether he would continue to take political contributions from the National Rifle Association.

He added: “And Mr. Rubio, if you don’t believe me, watch the news.”

Kasky went on to say that the Second Amendment “is a great defense that I’ve seen a lot. Because they put it as if you’re attacking a right that they’re born with.”

Maher chimed in: “It is, if you’re an American.”

Kasky, however, wasn’t finished acting like the stereotypical arrogant young liberal, and said he accepts the apology of all of the generations before him.

“We appreciate that you are willing to let us rebuild the world that you f****d up,” he added.

Hogg & his sidekick Kasky told Bill Maher they are going to rebuild the world previous generations f*cked up.

I love the arrogance of Cameron Kasky saying "he accepts the apology of all of the generations before him. We appreciate that you are willing to let us rebuild the world that you fucked up.” What a prick! You arrogant little millennial, you need to grow up!!

Exit question: Since the Florida Senate failed to pass a ban on the AR-15, will Hogg continue to keep his promise and stay out of school?

Here’s video of the full segment, if you can stomach it: 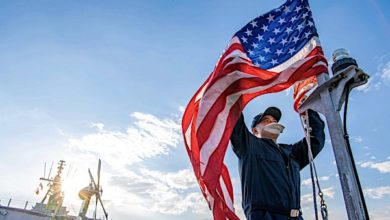