According to McCabe, Biden didn’t go far enough when he defamed and threatened Trump supporters.

“People would like to have seen a bit more references to accountability. There really wasn’t much talk about what we’re doing about those insurrectionists,” McCabe said, conflating all 75 million Trump supporters with those who participated int he January 6 riot.

Disgraced former FBI agent Andy McCabe says Biden didn’t go far enough threatening Republicans: “People would like to have seen a bit more references to accountability. There really wasn’t much talk about what we’re doing about those insurrectionists” pic.twitter.com/33f13ylDEG

This is getting evil AF.

We live in such an odd, perverse world. A man who was fired from the FBI for lying is the media’s go-to for law enforcement commentary.

Imagine McCabe having enough nerve to go on national tv and talk about accountability. Look in the mirror

Let’s face it.  Liberals like McCabe won’t be happy until 75 million Americans are summarily executed by Biden’s personal Gestapo.  And you know that’s what they really want.

On another note, the hashtag #PedoHitler began trending on Twitter after Biden’s speech.

Had to get in on the fun. That's what #PedoHitler said https://t.co/vWhvAfBa49

You know who did it better, if that's your thing… #PedoHitler pic.twitter.com/0WDoL2DG5a 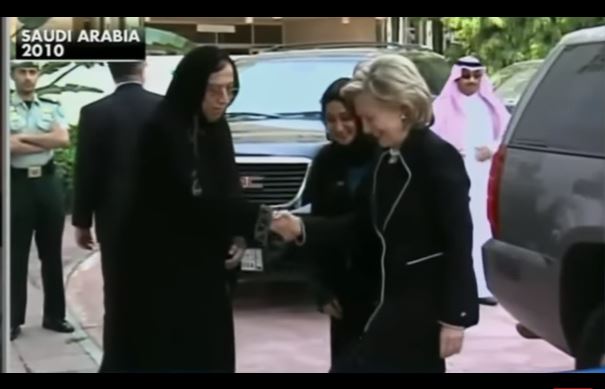 Did Hillary Clinton really apologize to Saudi Arabia for American women in bikinis?