On Monday, Fox12 reported that a Trump supporter’s truck was vandalized and burned as it sat in the parking lot of the Garage Bar and Grille.

In an exclusive interview, Johnny MacKay told FOX 12 he discovered his Nissan Titan had been charred early Monday morning in the parking lot of the Garage Bar and Grille on W Fourth Plain Boulevard.

MacKay says he had been at the bar drinking the night before and decided to take an Uber home, leaving his truck overnight.

“I was coming by this morning just to check it on my way to work and it was gone,” MacKay said.

The burnt truck had severe fire damage, most notably near the engine and within its interior. Its door were charred and the seats were melted.

“We hear a loud boom, we feel the boom, it shakes our bed,” Myia Flores, a resident who lives nearby, said. “Just opening the door and seeing the flames–it was like crazy, it was crazy to see.”

In addition to the fire damage, “Trump” was spray-painted on the side of the truck. 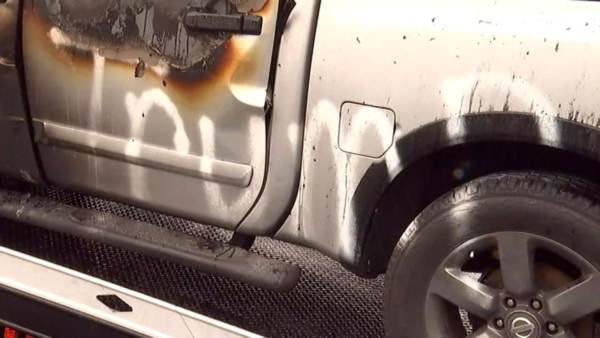 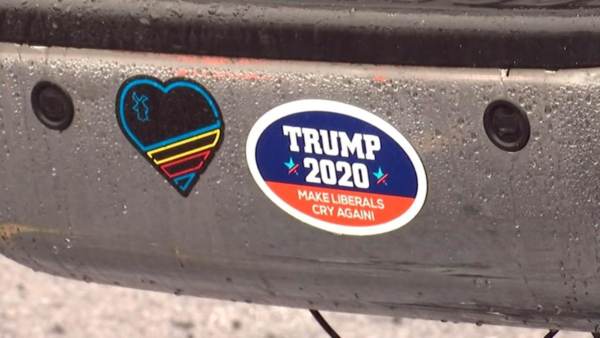 McKay minced no words, telling Fox he believes the fire was intentional and an attack on his political beliefs.  He also told KGW that he didn’t even vote for Trump but supports him now because he’s the president.

“It’s crazy,” MacKay told Fox12. “You watch the news, you see this stuff on television, you see the protests and the damage and stuff, you never think it’s going to happen to you.”

“Why would somebody do this?” FOX12 reporter Tyler Dumont asked.

“It’s a crazy world, man. Right now, with all the politics and everything, it’s a crazy situation,” MacKay said in response.

We have a more direct answer.  As yours truly has noted since 2011, liberalism has proven itself to be an ideology of insane bloodthirsty rage and hate.  Sadly, leftists prove that assertion correct on any given day.

Officers said the fire appears to be suspicious.  Wonder what their first clue was… 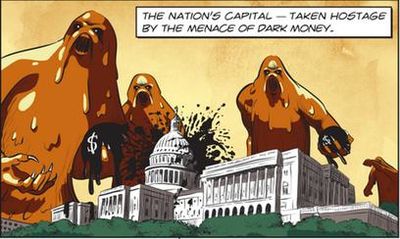