The story we’ve heard on the mainstream media regarding the shooting deaths in Kenosha, Wisconsin, may not be exactly correct, so we’re going to try and balance it here with viewpoints from others. Kyle Rittenhouse, 17, was arrested on Wednesday and charged with First Degree Intentional Homicide. He has already been pronounced guilty by the media without the facts on what actually happened. Ask yourself what you would do in these situations: would you fire your weapon?

Kyle crossed from Illinois into Wisconsin, regardless of the firearms laws in that state. What he did was illegal. His patriot’s heart wanted to help his fellow Americans, but he didn’t think it through. The situations he found himself in are self-defense in nature, but he has already been tried in the court of public opinion. Now he is in serious legal trouble and being charged as an adult. His Fundly account for legal expenses is at this link.  Below are two viewpoints from two different people.

Kyle Rittenhouse of Illinois, 17, has been charged with 1st Degree Intentional Homicide. Kyle is the man in the viral videos out of Kenosha who shot and killed 2 of 3 attackers. Kyle crossed into Wisconsin and took up a rifle to patrol the streets. During this patrol, Kyle was pursued by someone who threw a Molotov Cocktail (an incendiary device) that missed. The attacker still chased Kyle until he was cornered. Kyle fired and killed the man.

Later, Kyle is seen on video running from a mob. Someone punches him from behind which causes him to fall. A second subject attacks him with a skateboard and is subsequently shot in the chest. This man goes down and eventually dies. A third man tries to take Kyle’s gun and pulls a handgun. Kyle shoots and blows of [sic] the guy’s bicep. Kyle gets up and continues away from the crowd.

1) First and foremost – all three shootings (2 incidents) appear to be self defense. Klye [sic] was provoked to act.

It is unknown if police had this footage prior to the arrest warrant.

2) Secondly, Kyle has a right to be on the street just as any other protestor – mind you ALL were in violation of curfew.

3) Shooting and killing someone merely to protect property is not a valid claim of self defense in MOST cases. Kyle’s shootings were not in defense of property but rather himself.

4) That said, Kyle is his own worst enemy. As in martial arts, CCW holders and gun owners are taught to refrain from using their weapons if possible – never go looking for the fight. Kyle crossed state lines to act like a vigilante. He placed himself in harms way. This was avoidable.

5) Kyle’s decision to be there does not – IN ANY WAY – condone nor dismiss the action of rioters. But you must be smart about your battles. Now he finds himself in legal trouble.

6) Since laws differ by state (though they should not regarding the 2A) many on the Left state the fact that Kyle had an illegal weapon on the street means he does not have a right to self defense claims… THIS IS FALSE if not MISLEADING at best. Case law (from District courts) show that illegally possessed weapons do not dismiss someone’s right to self defense. Keep in mind, District Case Law is not national… Facts exist even if you don’t like them.

Kyle Rittenhouse shot 3 attackers last night, killing two, permanently disabling one. He has been charged with murder in the first degree for defending his life. He was pepper sprayed and didn’t fire. He had a fire bomb thrown at him, raised his weapon, fired one shot, killing the attacker. The “protestors” then charged him, Kyle turned and fled for his life, and the “protestors” pursued him. Kyle tripped and fell as he fled the “protestors” began to kick him and hit him with skateboards, he picked his weapon up and shot one of the attackers, killing him instantly.

Kyle, again, gets up and begins to cover his retreat backwards to safety with his weapon at a low-ready (aimed at the dirt, but ready to be brought to aim). He’s approached aggressively by another “protestor” who chose to identify himself with a “Paramedic” hat (ironically, he screamed for a medic after what happened next), this man had a Glock 26 in his hand. Kyle shoots him in the arm, critically wounding him.

Kyle tried to turn himself into authorities on scene, they refuse. Kyle then drives to his town of residence and turns himself in. This 17 year old was kicked, beaten, pepper sprayed, and almost lit on fire. He showed unimaginable restraint, and he is now facing life imprisonment for defending himself and a fellow American’s livelihood.

One final thought from a third person: 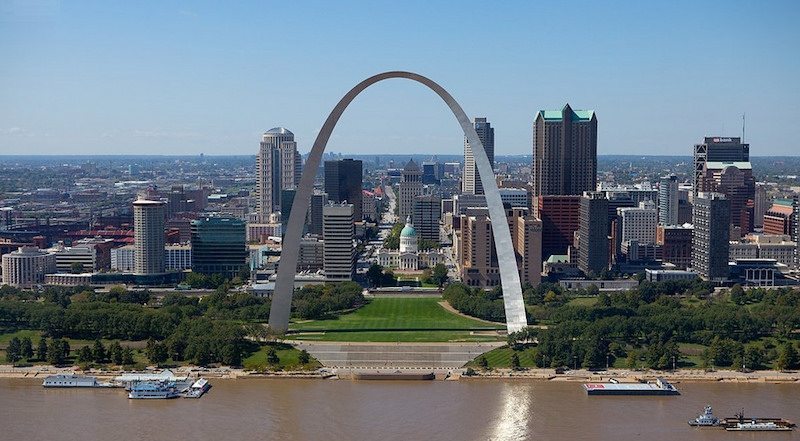