(Natural News) Arizona Republican gubernatorial candidate Kari Lake is refusing to concede the midterm election that was marred with improprieties and credible accusations of fraud.

Lake reportedly “lost” the election against unpopular Democrat secretary of state Katie Hobbs, who refused to campaign and oversaw the election. Voters were turned away and disenfranchised at the polls due to suspicious machine failure on election day. Then, Lake underperformed the exit polls and all data by over ten points.

She is refusing to concede against a rigged and unfair system.

“Hey Arizona, Kari Lake here. I wanted to reach out to you to let you know that I am still in this fight with you. For two years, I’ve been sounding the alarm about our broken election system here in Arizona, and this past week has confirmed everything I’ve been saying,” she said in a Twitter post.

Arizona, we are still in the fight. pic.twitter.com/ytaGvqG5J0

Lake said what happened on election day justified her concerns heading into the election, and she is refusing to buckle now that the chicanery Lake predicted has come to pass.

“When we called for Katie Hobbs to recuse herself over a year ago, they ridiculed us,” Lake said earlier this week. “It turns out, we were right. The fox was guarding the hen house, and because of that, voters have been disenfranchised. When we raised concerns and I filed a lawsuit months ago to get rid of the electronic voting machines – they said we were crazy. Well, it turns out we were right.”

She is drawing attention to the testimony of whistleblowers who observed the improprieties and abnormalities first hand:

Steve’s Testimony is just one of thousands we have received

Almost HALF of all voting centers experienced similar issues. This is unacceptable.

“Our election officials failed us miserably,” Lake said. “What happened to Arizona voters on Election Day is unforgivable. Tens of thousands of Maricopa County voters were disenfranchised.”

Lake noted that she is assembling a legal team to fight back against the fraud consisting of the “best and brightest,” and that “we are exploring every avenue to correct the many wrongs that have been done this past week. My resolve to fight for you is higher than ever.”

“I can promise you one thing: this fight to save our Republic has just begun. I love you, Arizona, and I love you, America,” she said to conclude her statement.

Lake is a MAGA warrior, which is why the fix was in during her midterm election. The powers-that-be are desperate to keep her out, but she will not make it easy on them. 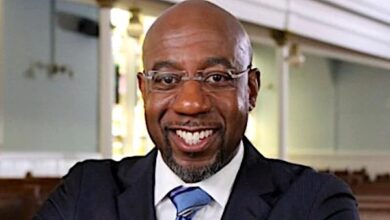