Fox News senior judicial analyst Judge Andrew Napolitano believes that if election results are delayed past Inauguration Day, there is a scenario that could result in Nancy Pelosi becoming President.

Albeit, it would involve a very short term.

Napolitano laid out the case last week on Fox News, noting that if the Electoral College “has not yet named a successor” between President Trump and Joe Biden by the inauguration, then the House Speaker would be the one who steps in.

“President Trump’s term ends at precisely noon on Jan. 20, 2021,” he told host Stuart Varney. “If the Electoral College has not yet named a successor, presumably either Donald Trump or Joe Biden, then whoever is the speaker of the House would become the acting president of the United States.”

“If the Democrats retain their majority in the House, and it appears likely that they will, but if they do, and if they choose Mrs . Pelosi, knowing at that point that they’re choosing the president of the United States, then it would be she,” he added.

Three things prevent this from happening – a clear cut winner on Election Day or shortly thereafter, the Democrats lose the House, or they select somebody else.

Sure, sometimes you have to take what Napolitano says with a grain of salt . This is, after all, the man who predicted that Hillary Clinton would be in jail repeatedly for her private email server, and that never came to fruition.

But his argument is not without precedent.

In expanding on the scenario he presented, Napolitano explains that should the Electoral College fail to cast ballots for either candidate, the vote would go to the House.

It wouldn’t be a majority vote, however, but a unified one in which each state delegation decides, meaning whichever party has a majority of the states would be selecting the president.

Republicans currently hold that edge, 27 to 22, with one state tied, meaning Trump, actually, would likely be chosen in this manner.

“That has happened,” Napolitano explained. “That’s how Thomas Jefferson was elected the first time around in 1800.”

Whether or not this scenario plays out, the Democrats have been laying the groundwork for chaos in the upcoming election. They’re not exactly hiding their intentions.

First, the resistance party has been pushing hard for mail-in voting which would create all kinds of problems in which a clearcut winner on Election Night might be impossible to determine.

Second, a Democratic data and analytics firm has been claiming that it might appear that President Trump wins re-election on November 3rd, but could “ultimately lose when all the votes are counted.”

In other words, Trump would be way ahead on Election Night only to have the results swing wildly towards Biden as mail-in ballots come trickling in.

Third, Hillary Clinton has already warned Biden not to concede the election “under any circumstances.”

Hillary Clinton has some advice for Joe Biden: Don’t concede in a close race.

The 2016 nominee sits down with @jmpalmieri and @sho_thecircus to urge Dems to pay close attention to GOP strategy. pic.twitter.com/REwfLf1QjS

“Joe Biden should not concede under any circumstances,” she said. “Because I think this is going to drag out, and eventually, I do believe he will win, if we don’t give an inch and if we are as focused and relentless as the other side is.”

Democrats are making it clear they will not accept the will of the American people in November unless their candidate wins. And if they can’t have that, they’re going to drag the chaos out as long as possible. 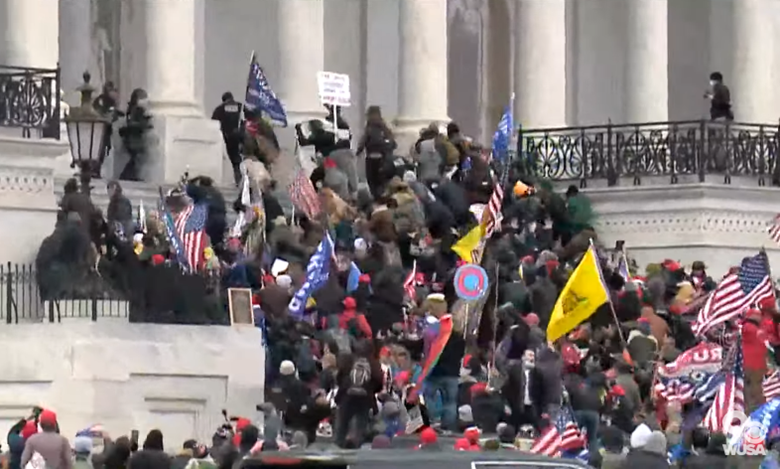