Former Vice President Joe Biden used a profane expression to deny that he is against the Second Amendment when pressed by a Michigan voter on the issue.  He told the worker he would confiscate his guns:  “we’ll take your AR-14s away.” He meant AR-15, which if you own one or other legal-to-own semi-automatic firearms on the ban list, Biden is in fact coming for your guns.

Millions of these weapons have been sold, and Biden admitted at point blank range that he is going to take them away. The truth is that the former Vice President clearly supports gun bans and confiscation for certain semi-automatic firearms and always has.

Last August when CNN’s Anderson Cooper asked him what he had to say to gun owners who think “a Biden administration means they’re going to come for my guns.” Biden responded, “Bingo, you’re right if you have an assault weapon,” said Biden. “The fact of the matter is they should be illegal, period.”

Just last week, Biden chose former congressman Robert “Beto” O’Rourke to be in charge of gun policy should he be elected saying, “I want to make something clear, I’m going to guarantee you this is not the last you’ve seen of him (O’Rourke),” continuing, “You’re going to take care of the gun problem with me. You’re going to be the one who leads this effort.”

So what is O’Rourke’s position on the Second Amendment?

In a September 12, 2019 Democrat candidate debate in Houston, Texas with Joe Biden on the stage with him, O’Rourke was emphatic saying, “Hell, yes, we’re going to take your AR-15, your AK-47.” It is hard to imagine any universe where Joe Biden can claim that his designation of O’Rourke as his anointed leader to “take care of the gun problem with me” is somehow divorced from O’Rourke’s mandatory confiscation solution.  There simply would be no other reason for Biden to bring O’Rourke into his promised administration in the putative role as gun czar. Their positions are identical.

In the viral video in question that the auto worker mentioned, Biden, sitting with O’Rourke appears to state, “This guy [O’Rourke] can change the face of what we’re dealing with, with regards to guns, assault weapons, and … if I win, I’m coming for them.”

Some Biden apologists might argue that the Beto elevation is merely political pandering in an attempt to appeal to more youthful voters and should be ignored as nothing other than an empty promise from a B-flat politician, or that he said “I’m coming for him,” referring to O’Rourke, which makes no sense. If Biden wins, why would he “come for” O’Rourke?

But even if you disregard that video, in Michigan, Biden clearly threatened to confiscate the auto workers’ guns when he said, “we’ll take your AR-14s away.”

Biden’s record during his 36 year Senate career shows a significant swing toward favoring gun ban schemes.  In the later years of his Senate tenure, Biden took a number of anti-Second Amendment positions including a 2004 vote for extending a semi-auto ban for ten years.

Given Biden’s vote sixteen years ago to ban the sale of certain semi-automatic firearms, and his current campaign attacks on socialist Bernie Sanders as being too pro-gun, it is laughable for the former Senator from Delaware to claim some pro-Second Amendment mantle.  The attack on Sanders is based upon his vote against a 2005 bill which protected firearm manufacturers, wholesalers and retailers from product liability lawsuits when their products performed as designed.

The intent of the firearm-oriented product liability lawsuits was to drive every gun manufacturer, wholesaler and retailer out of business, by creating a liability to which no other product was subjected. Even Bernie Sanders realized that if the misuse of firearms that were lawfully sold and performed flawlessly created liability for the manufacturer, wholesaler and retailer that it would drive those businesses into bankruptcy.  And if the courts used that same standard to products like automobiles in which more than 50,000 Americans die each year, many through their misuse by drunk drivers or those who don’t follow the rules of the road, our nation would shortly be heading back to horse and buggy days.

Yet, Joe Biden who is currently attacking Sanders for voting to keep our nation’s product liability system free of politically driven, anti-firearm ownership lawsuits while on the other hand claiming to support the Second Amendment.

After looking at Biden’s record and his current campaign, the one thing which is clear is that there was only one person in Biden’s Michigan conversation about the Second Amendment who was full of it, and Joe Biden looks at that person in the mirror every day when he shaves. 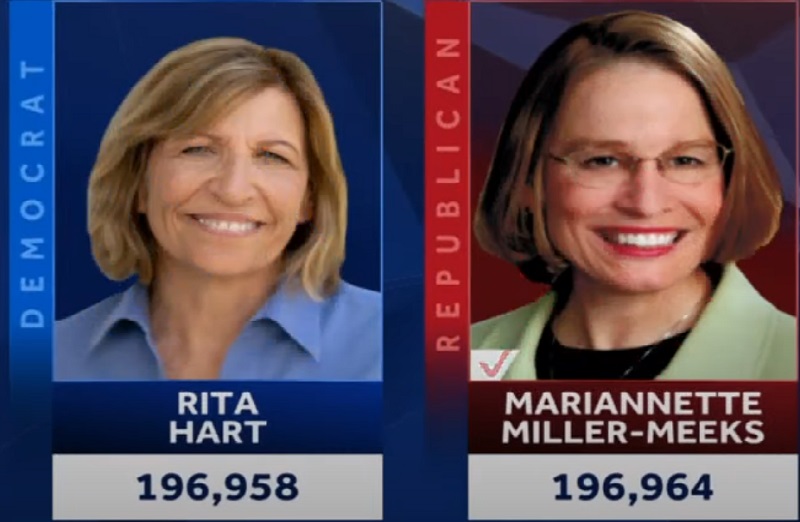