IT has already been established – beyond a shadow of a doubt – that Obama Inc. is doing everything to encourage jihad within America. So too are Eurabia’s leaders, even though they protest otherwise, opining: opening Europe’s gates to Muslim “migrants” (aka “refugees”), millions upon millions, is all about humanitarian efforts! Hogwash.

BUT some of us aren’t fooled.

BE that as it may, on the one hand, every so often the FBI rounds up domestic jihadis plotting inside the homeland. Specifically, the recent arrest of “Mohamed Bailor Jalloh, a naturalized U.S. citizen from Sierra Leone – who is also a former member of the Army National Guard – is the latest individual arrested for providing material support to ISIS and for attempting to purchase weapons for an attack on U.S. soil.” Well and good.

ON the other hand, this and that sting is hardly a drop in the bucket, in juxtaposition to additional majorly substantive factors. The fact remains that US security arms are ordered to “stand down” against the Islamic jihadi community and that is that. In other words, for every operation they execute, dozens more are purposely ignored. Unarguably.

WHICH accounts for, leading to, another recent jihadi outing in….what are the chances….Minnesotastan!

NOW, some are duly aware that said geographical location (other states alike) is rife with Somali “refugees”, but let’s not harp on any particular national origin. After all, Allah’s Muslim Terrorists don’t parse said distinction without a difference, at least when it comes to killing infidels! In this regard, they are all operating for the sake of Allah and the ummah. Period. As to their inner-bloodletting, well, that’s all about internal jockeying for hegemony. Apples and oranges.

In one incident, up to 30 young Somali men walked the streets of upscale Minneapolis neighborhoods with threats against the homeowners. A woman interviewed claimed that one of the men threatened to kidnap and rape her, but the media seems to be leaving out important details or downplaying the incident at large. {blogger’s note: what a shock…}

The Somali residents living in the Minneapolis area are almost all Sunni Muslims. Residents of the Lake Calhoun area say this isn’t the first time they have run into problems with Somali men, but no hate crimes are being pressed by either the Minnesota authorities or Attorney General Loretta Lynch. {blogger’s note: never met a jihadi she didn’t cover for….}

Police were called to the scene around 9:30 in the morning on June 28th and are potentially considering the act a terrorist threat. However, no arrests have been made and the local media still seems to be uninterested. {blogger’s note: boys will be boys….}

Nearly all Somali residents in the area are either refugees or children of refugees. The U.S. Department, working with the United Nations has permanently resettled more than130,000 Somali refugees into dozens of American cities beginning in the early 1980s. The Minneapolis-St. Paul area receives the largest number of these refugees followed by Columbus, Ohio.

Unfortunately, the most shocking part of the story may be the lack of story seen in the media. Coverage, or lack thereof, is disappointing. Minneapolis’ largest newspaper did not turn up a single story and the local news station does little to mention the incident. A local ABC affiliate never mentions the individuals as Somalis, yet the video does zoom in to the police report where it is reported that 20-30 Somali males were making comments that turned to threats. Multiple young men threatening the area and women were traumatized with shouts of “we’re going to rape you.” This is not a story that should go unnoticed. The Somali men were driving around the area shooting off bottle rockets. It is a scary thought especially with children looking on.

It’s not the first time there has been an incident in the area. Homeowners took to recording video of the incident and claim this time the threats were “much more personal.” The Minneapolis Police Department says it has an open investigation and that they were taking it “very seriously.” {blogger’s note: do pig’s fly??}

EVEN so, HUSSEIN Obama is non-pulsed. How so? He tasked his hench-people to resettle “refugees” with the capable assistance of corporate America.

The White House announced last week that it is launching a “Call to Action” asking private businesses to help with the resettlement of refugees. This could be done without regard to the government cap of 85,000 total refugees, including 10,000 Syrian refugees, in 2016.

Fifteen founding corporations have teamed up with the Obama administration on the effort. These are: Accenture, Airbnb, Chobani, Coursera, Goldman Sachs, Google, HP, IBM, JPMorgan Chase & Co., LinkedIn, Microsoft, Mastercard, UPS, TripAdvisor, and Western Union. The Call to Action initiative is not only to help refugees in the United States, but all over the world….continue reading….

STILL yet, what does the above have to do with Dallas’s recent carnage, spreading to other cities alike? Everything.

RELATIVE to the targeted cop-killings plaguing the national landscape, let there be no doubt about certain across the board linkages. But before we segue to the heart of the core components which link jihadi slaughter to the stepped-up cop-killings, it must also be known: notwithstanding the shrill cries from the black community (dutifully exacerbated via the whore-like media and back-benched by white useful idiots, whose throats they would slit in a heartbeat, once their usefulness expires) that cops are targeting blacks, internalize that it is little more than race-baiting excuse-making to foster civil upheaval.

INDEED, as the professional race-mongers continuously stir the pot, lo and behold, look what’s coming down the pike?

When Philando Castile was pulled over Wednesday night by officers Jeronimo Yanez and Joseph Kauser, purportedly for a broken tail light according to the video account of the aftermath of his being shot and killed by Yanez made by passenger Diamond Reynolds, the officers’ real reason for wanting to pull them over and check I.D.s is because they thought he was a robbery suspect, according to scanner audio obtained by KARE 11 NBC TV in Minneapolis.

The station did verify the license plate mentioned was that of the car Castile was driving, and the “locations mentioned also correspond” to the stop. They did not get police to authoritatively state that it was indeed scanner audio preceding the incident.

THE non-PC truth backs up the above realistic, albeit harsh, assessment. Pointedly, when was the last time the black community protested, stood up, against the continuous black on black killings across the nation?

Where were these Black Lives Matter protesters after the slaying of Chicago’s little Tyshawn Lee, the 9-year-old lured into an alley and shot to death by a black man seeking gang-related vengeance against his father?

Did little Tyshawn’s murder at the hands of a black gangster–an all too common occurrence in Chicago–not warrant wall-to-wall news coverage or Al Sharpton and Jesse Jackson-style calls for “justice”?

WHAT about the fact that blacks “commit 75 percent of all shootings, 70 percent of all robberies, and 66 percent of all violent crime” in New York City, even though they consist of 23 percent of the city’s population. Not only that, black racist agitators – and their bent at the knee white water-carriers – never protest when more whites are killed by cops than blacks in the course of their duty. The statistics bear this out. After all, it is only about what fits into the anti-American narrative.

SO the question becomes: what are the common threads between all the chaos?

(YES, Micah Xavier Johnson, one of the cop-killers, a lethal combo of Black & Islamic supremacy!) 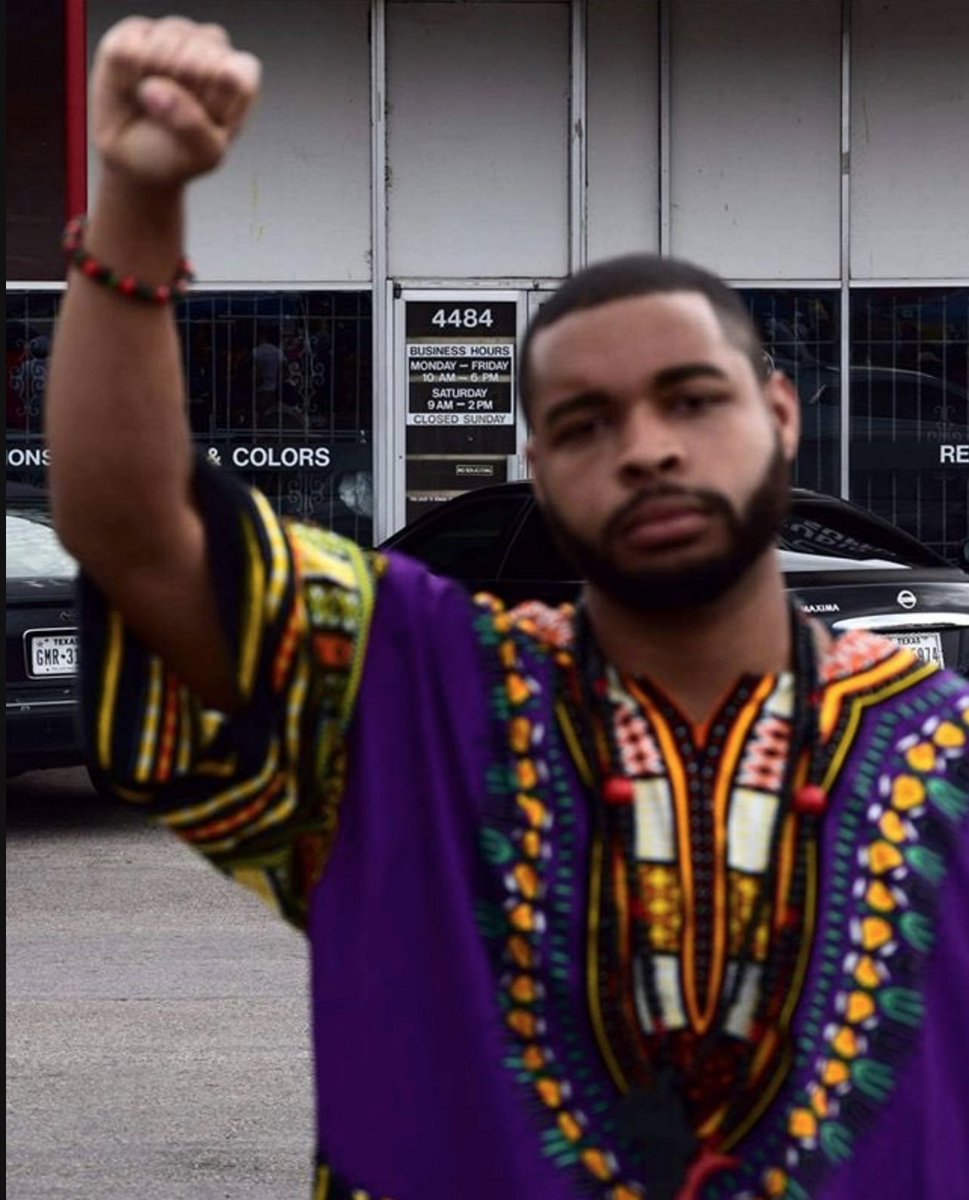 CONSEQUENTIALLY, isn’t it past time to admit that war has been declared on white America, and against non-Muslim infidels alike from two converging force multipliers? If so, what are millions upon millions of endangered citizens planning to do about it, other than to uselessly wait for officialdom’s (non) response?

INCONTESTABLY, ala winks and nods to keep the blood flowing (clearly delineated, post Dallas, through L O R E T T A Lynch’s subtext on behalf of Obama Inc.) this is where it’s at. Deal with it. Mind you, the Marxist/Islamist captured media interpreted it otherwise: yes, responsibly, she called for an end to violence.

BUT never mind. Predictably, gun control is the answer!

PATRIOTS, as always, what say you??