WITHOUT going into too much background, it is intrinsic to note: over many years, Iran’s (Shia) jihadi apparatus continually receives mega boosts from official – and non-official – channels in the US. None more so than from Obama Inc. As to Sunni jihadists, the national betrayal runs through the administration’s inextricable nexus to the Muslim Brotherhood Mafia’s terror hydras. Bullet-proof.

IN fact, the New York Post aptly highlighted (May 6, 2016) via “This skilled storyteller duped America into passing Iran deal” the following betrayal:

The Obama administration cooked up a phony story to sell Americans on the Iranian nuke deal, lying that US officials were dealing with “moderates” in the Islamic theocracy who could be trusted to keep their word, it was reported Thursday.

In a revealing article posted on the New York Times website, President Obama’s foreign-policy guru Ben Rhodes bragged about how he helped create the false narrative because the public would not have accepted the deal had it known that Iranian hard-liners were still calling the shots.

The White House line — which Rhodes says he created — was that Obama started negotiations after the supposedly moderate Hassan Rouhani was elected president in 2013.

But Obama had set his sights on working out a deal with the mad mullahs as early as 2008, and negotiations actually began when strongman Mahmoud Ahmadinejad was still president.

Rhodes, the deputy national security adviser for strategic communications, concedes in the article that the so-called moderate regime is not moderate at all.

Despite having little foreign-policy experience, Rhodes, 38, a former aspiring novelist who grew up on the Upper East Side, was in charge of a massive White House “messaging” effort that fed the bogus line to journalists.

“We created an echo chamber. They were saying things that validated what we had given them to say,” he admitted in the Times interview when asked about the plethora of “experts” praising the deal in the press.

The Times article, which will appear in the paper’s Sunday magazine, notes Rhodes, who has a writing degree from NYU, was skilled as a “storyteller.”

“He is adept at constructing overarching plotlines with heroes and villains, their conflicts supported by flurries of carefully chosen adjectives, quotations and leaks from named and unnamed senior officials,” reporter David Samuels writes. “He is the master shaper and retailer of Obama’s foreign-policy narratives.”

Asked about his misleading version of the deal, Rhodes said, “In the absence of rational discourse, we are going to discourse the [expletive] out of this.

“We had test drives to know who was going to be able to carry our message effectively, and how to use outside groups like [the anti-nuke group] Ploughshares, the Iran Project and whomever else. So we knew the tactics that worked. We drove them crazy,” he said of Republicans and others who opposed the deal, including Israeli Prime Minister Benjamin Netanyahu.

Obama, the article says, misled the public with the idea that negotiations began because of the “moderate” faction’s rise in 2013.

“Today, after two years of negotiations, the United States, together with our international partners, has achieved something that decades of animosity has not,” Obama said last July when announcing the deal…..if you have the stomach, continue reading….

CLEAR as a bell. Out-sized hubris too.

BUT it was not as if some of us required confirmation – and from a braying narcissist to boot, who just couldn’t keep his trap shut – re the underlying sell-out of American interests. Israel’s alike. Know that they are one and the same on this very crucial national security issue.

TO said end, “House of Bribes: How The United States Led The Way To A Nuclear Iran” was completed in October 2015. Its underlying basis serves as a comprehensive national security report on the most catastrophic (and heinous) betrayal, bar none. Its documented evidence is self-explanatory. Read it, weep, and then take the necessary steps to prepare to defend yourselves against what lies ahead. Knock-on effects.

IN this regard, first and foremost, let’s catch up to speed. Incontestably, Shiite and Sunni dangers are knocking on Israel’s northernmost door. Never mind the nation’s other fronts. Afterwards, it is mandatory to connect these same jihadi dots to America, that which erupted on 9/11/01, even though implanted years before. Yes, the opening of jihad on US soil.

AS to what’s what alongside this investigative journalist’s very own front-line:

Whereas Hizballah reported on July 5 that Israeli helicopters had attacked Syrian army positions near the Golan town of Quneitra, in fact, one of the two Israeli “Tamuz” IDF rockets fired on July 4, in response to stray cross-border Syrian army mortar shells, struck the Syrian Ministry of Finance building near Quneitra, which housed Iranian Guards and Hizballah regional headquarters. An unknown number of Iranian officers were killed as a result.
On July 6, Hizballah sources reported a high level of tension at its east Lebanese outposts in Hasbaya, al-Qarqoub and Mount Hermon, indicating possible preparations to retaliate for the Iranian casualties.
The mortar shells that occasionally stray into Israel are aimed by the Syrian forces in Quneitra at Syrian rebel engineering units, which are digging an anti-tank trench on the town’s southern edge to prevent Syrian tanks from mounting an all-out assault against them (See attached map).
These skirmishes are put in the shade by the dangerous gains by Islamist terrorists in southern Syria.
Both ISIS and al-Qaeda’s Nusra Front have overrun the entire Syrian strip bordering on Israel and Jordan – a distance of 106km from Daraa up to the Druze villages of Mount Hermon….continue reading….

MIND you, the fact that Iran’s Shiite proxy arms are fighting Sunni terror counterparts to the death for hegemonic rule, it has zero bearing on their common and intersecting aims – the destruction of America and Israel. Full-stop.

RESULTANT, connecting geo-political dots which span many decades should serve as guideposts to all who seek any coherent understanding as to why/how the world appears to be spinning out of control. And it is.

TO wit, presenting, courtesy of THE WHISTLEBLOWERS (http://thewhistleblowers.info/) a summary….

OUTLINE OF A CONFIDENTIAL REPORT

The Iran-al Qaeda Connection Before, During, and After the 9/11 Conspiracy

MOST significantly, each of the above were high-level insiders within the Iranian regime who, for whatever reason, testified at HAVLISH, et al. v. IRAN.

CONSEQUENTIALLY, when it comes to bringing down the twin pillars of western civilization, America and Israel, they cooperate and collaborate. Effectively, as is said, this is where the rubber meets the road. And it is into this vortex of anti-American (and anti-Israel) hell that Iran’s proxy arms co-join with Sunni monsters, their counterparts, wrapping around each other, despite their centuries-long bloodletting.

IF anything, the intricate planning of 9/11/01 (plus many terror attacks over the years against US interests – both at home and abroad – but let’s stick to the one which penetrated the US like none other) exposes the dangerous nonsense that one side of Islam, one terror branch, is preferable to the other, at least in terms of American and Israeli interests.

SIMPLY put, Islam is Islam. Its prophet, Muhammad, a madman, continues to inspire legions of Islamic followers – Shia and Sunni – to wreck devastation and destruction across the globe. And the fact that the leadership of the free world is in bed with said nihilistic barbarians, well, the heretofore blood spilled on Islam’s behalf will pale in comparison to what lies ahead.

BUT for the actions of certain hunters and diggers – some of whom operate in plain view, while others never surface – the western public would remain clueless and blinded. Basically, those who prefer to close their eyes and ears to what’s going down will continue to do so. On the other hand, some are hungry for truthful info and intel, that which the general public can never access. Thus, this is where this site’s connections (those which can be cited, and others who can’t be) come into play.

CHOOSING to learn from them, or not, is your call. 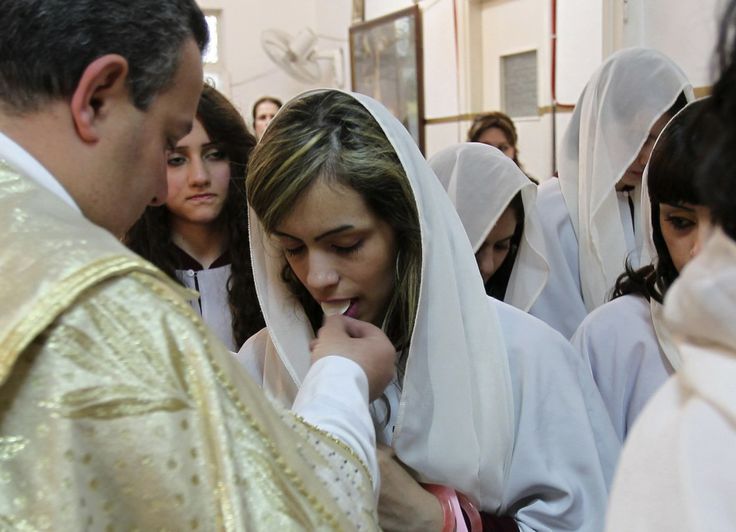 German Muslim on video: ‘Islam is coming and your daughters will wear the hijab’