On Thursday night, a group of nine individuals identified as staffers from CBS’s The Late Show with Stephen Colbert were arrested for allegedly breaching the U.S. Capitol, Fox News and others reported.

According to Adam Sabes and Chad Pergram:

The group of seven people were arrested in the Longworth House Office Building after being escorted out of the Jan. 6 committee hearing earlier in the day because they did not have proper press credentials, according to sources.

The same group resurfaced later on Thursday night after the Capitol complex was closed to public visitors and Fox News is told that they took videos and pictures around the offices of two Republican members of Congress, Minority Leader Kevin McCarthy R-Calif. and Rep. Lauren Boebert, R-Colo.

A senior source in the U.S House of Representatives told Fox News that seven individuals associated with Stephen Colbert’s show were arrested.

The group was unescorted and charged with illegal entry to House office buildings after hours.

“On June 16, 2022, at approximately 8:30 p.m., U.S. Capitol Police (USCP) received a call for a disturbance in the Longworth House Office Building. Responding officers observed seven individuals, unescorted and without Congressional ID, in a sixth-floor hallway. The building was closed to visitors, and these individuals were determined to be a part of a group that had been directed by the USCP to leave the building earlier in the day,” the statement says. “They were charged with Unlawful Entry. This is an active criminal investigation, and may result in additional criminal charges after consultation with the U.S. Attorney.”

A report at MSN observed:

The group reportedly banged on doors of several Republican offices – including that of Minority Leader Kevin McCarthy of California, Jim Jordan of Ohio and Lauren Boebert of Colorado — as they allegedly filmed a skit for Colbert’s “Late Show” program that was to center around the January 6 hearings.

But wait — it gets better.

Breitbart tells us that Shifty Comrade Adam Schiff, the bug-eyed barrister of Burbank who saw Russians behind every blade of grass when Trump was president, was involved in this heinous assault on American Democracy:

There have been calls for Schiff to resign from his post on the January 6 Committee over this breach of security. In addition, many want to see Colbert’s staffers arrested and charged with the same crimes as those who entered the Capitol on January 6.

“If they aren’t charged criminally the same as J6 defendants, then more evidence of selective prosecution arises,” Mike Cernovich tweeted. “Judges can only rig stuff so much before the judiciary loses all legitimacy. Throw the book at these trespassers.”

If they aren’t charged criminally the same as J6 defendants, then more evidence of selective prosecution arises. Judges can only rig stuff so much before the judiciary loses all legitimacy. Throw the book at these trespassers. https://t.co/Eyad7mcwxT

Jesse Waters also reported on the hideous attack against our democracy:

Where are the hearings?  Has anyone confiscated Schiff’s telephone and records?  Where’s Liz Cheney and why isn’t she demanding answers?  Oh, wait…

As Twitchy noted, this is the REAL question:

What did the J6 committee know and when did they know it about the Colbert insurrection at the Capitol?

It’s time to seize Adam Schiff’s phone records to learn more about his role in the insurrection and the attempted attack on Lauren Boebert perpetrated by the coup plotters he illegally allowed into the building. https://t.co/2WCelWfiGp

Indeed.  In fact, this is worse than all of the wars America has ever fought in its entire history.

Will democracy survive the Colbert insurrection? Only if we all work together to destroy everyone who ever knew anyone involved in it. https://t.co/2dCYfkBvyD 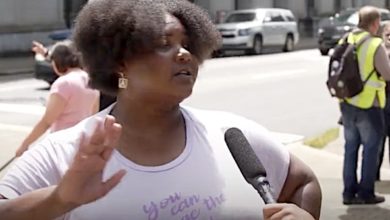 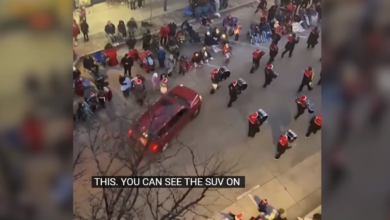 ACLU upset that Trump used ‘America’ over 80 times in SOTU