Another illegal alien who is like a son to Obama has been on the run for allegedly breaking into the home of a 16-year-old girl with Downs Syndrome and raping her.  Take that Jorge Ramos, you thug.

What makes this crime even more heinous is that at the time of the rape, the illegal alien, Jesus Atrian, was on the list for sexual predators.

Atrian had previously sexually assaulted an eight-year-old girl, yet inexplicably was listed as low risk on the Obama/Napolitano/Johnson program for wayward illegal aliens.  Remember when Obama, Johnson and Ramos blew their top when Trump said these criminals rape underage girls?

Atrian had also been arrested two other times for DUI.  This is another crime that’s prevalent in the illegal alien world.

Within just the last couple of days a drunk illegal drove into a home and injured all five family members.  It’s not that Obama doesn’t have sympathy for the victims, it’s that he considers the rapists and murderers the victims because Americans who are obviously racist want to send them back where they came from. 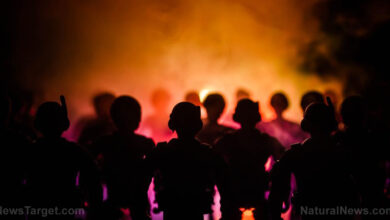