“This is so wrong and allegations of such level of illegal activity that goes directly to our faith in our own government. … We have to get to the bottom of this.” (Watch the video):

“Durham has evidence of compromising, of computer systems in an attempt to basically try to frame the president of the United States as having Russia ties,” he continued. “I think that what we see is not just political shenanigans or opposition research that you would see in the normal campaigns where people are trying to find information out about their opponents. This is where government is being used, where information that’s political opposition research that is false, that is being made up, is trying to be placed into the government, into the FBI, to undertake criminal investigations that are absolutely false.”

Trump himself reacted to the news, stating: “The latest pleading from Special Counsel Robert Durham provides indisputable evidence that my campaign and presidency were spied on by operatives paid by the Hillary Clinton Campaign in an effort to develop a completely fabricated connection to Russia.

“This is a scandal far greater in scope and magnitude than Watergate and those who were involved in and knew about this spying operation should be subject to criminal prosecution. In a stronger period of time in our country, this crime would have been punishable by death. In addition, reparations should be paid to those in our country who have been damaged by this.”

Former chief investigator of the Trump-Russia probe for the House Intelligence Committee under then-Rep. Devin Nunes, R-Calif., Kash Patel, said the filing “definitively shows that the Hillary Clinton campaign directly funded and ordered its lawyers at Perkins Coie to orchestrate a criminal enterprise to fabricate a connection between President Trump and Russia.”

“Per Durham, this arrangement was put in motion in July of 2016, meaning the Hillary Clinton campaign and her lawyers masterminded the most intricate and coordinated conspiracy against Trump when he was both a candidate and later President of the United States while simultaneously perpetuating the bogus Steele Dossier hoax,” Patel told Fox News, adding that the lawyers worked to “infiltrate” Trump Tower and White House servers.

Bartiromo opined, “People are sick and tired of things like this happening with absolutely no accountability.”

On Sunday, Rick Moran at PJMedia noted the bombshell story “has not generated much excitement in the mainstream media.”

“Nothing to see here. Move along,” he wrote. “CNN is full of stories about Donald Trump’s clogged toilet, but nothing about the Durham probe. The Washington Post is equally silent. As are The New York Times and the Associated Press.”

“Republicans can do nothing as long as they’re in the minority. And even if they were to hold hearings after regaining the majority to try to get to the bottom of this swamp, it still wouldn’t be news.

“For Democrats, it simply never happened, because it won’t be reported. This is especially true as long as Trump clogging up the White House toilet is repeated again and again as ‘breaking news.’” 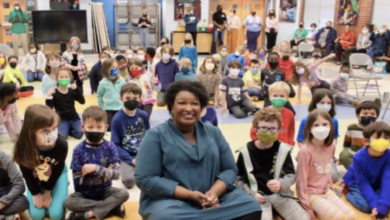