Jeffersontown – The Kentucky Kroger shooter from October 24th was identified as Gregory Bush. He was never supposed to have a gun, as he was arrested and convicted of Domestic Violence in 2009.  Numerous other times judges banned him from owning guns. But on Wednesday, he walked into a Kroger store and killed two people with a firearm. 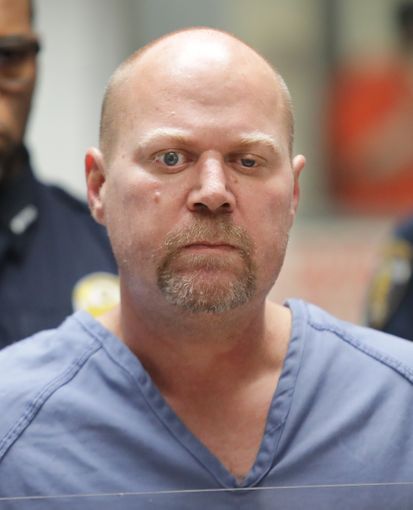 “I just know the look on that guy’s face. It was like a blank stare … like he didn’t have a care in the world. I never thought this would happen in J-town. I never thought.” Witness Eric Deacon

The first victim was Maurice Stallard, 69, a US military veteran, according to the Louisville Courier Journal.  Bush walked up and shot him in the back of the head, then continued to shoot him while down on the floor. Stallard’s 12 year old grandson escaped from the store and ran to borrow someone’s cell phone to call his Mom.

Bush then holstered his gun, allegedly ran from the store into the parking lot, pulled his gun again and opened fire, killing Vickie Lee Jones, 67.

At that point another shopper confronted Bush with a weapon.

Bush’s parents were terrified of him. Judges repeatedly wrote that he was not to have guns. He suffered from mental illness -paranoid schizophrenia, according to his Facebook page- and refused to take his medications. Court records say that Bush “carried a gun with him” wherever he went.

Bush has a son, and according to Heavy.com he wrote in a post,

“Please do not try to add me to find out information about my father. I will not be giving any comments on the matter. I will say that my heart goes out to the families of the two victims that my father killed and I wish there was something I could do to change that.”

Gregory Bush is being held on a $5 million bond in Jeffersontown. His next court appearance is November 5.

Moshe Dayan: The Hero AND The Villain Of Jerusalem Day
May 9th, 2021 The Lid