While addressing Idahoans at a town hall meeting at the Cocolalla Community Hall in Cocolalla, Idaho, Sen. Mike Crapo, R-Idaho, shot down the notion of a federal red flag gun law, citing concerns that Americans constitutional rights could be endangered.

Since the recent mass shootings at El Paso and Dayton, Ohio, anti-gunners and their media allies have been clamoring for more gun control.  Recently, President Trump expressed support for the controversial laws and some Republicans, like Lindsey Graham, have signed on.

“We must make sure that those judged to pose a grave risk to public safety do not have access to firearms and that if they do, those firearms can be taken through rapid due process,” the president said Monday morning. “That is why I have called for red flag laws, also known as extreme risk protection orders.”

But, the New York Times reported, Democrats say that a federal red flag law would simply not be enough.

“We Democrats are not going to settle for half measures so Republicans can feel better and try to push the issue of gun violence off to the side,” Senate Minority Leader Chuck Schumer, D-NY, said. “Democrats in the Senate will seek to require that any E.R.P.O. bill that comes to the floor is accompanied by a vote on the House-passed universal background checks legislation.”

But many are concerned that a red flag gun law like those in Colorado or Florida, would end up stripping Americans of their constitutional rights and result in a gun grab.

The editor-in-chief of The Daily Wire, Ben Shapiro, said partisan anger and political abuse of proposed red-flag gun laws could lead to a power grab by the government if statutes and regulations aren’t instituted properly.

Shapiro, who said he supports the passage of a red-flag law, also shared in the skepticism of Second Amendment advocates, who claim such measures allow adversaries to institute gun seizures against individuals they simply dislike.

“They are worried about due-process protections,” he said on “The Ben Shapiro Show” on Wednesday. “If you make a frivolous claim to try and deprive somebody of their Second Amendment rights, then there should be blowback upon you.”

Shapiro added, “I’ve been supportive of red-flag laws but the counter-argument … is that you cannot trust people to be able to take away other peoples’ gun rights, because there are too many people who are going to use that in bad faith, and there are too many judges who are willing to impose such orders in bad faith.”

A post at the Gateway Pundit, citing a November 2018 article at the Capital Gazette, reminds us of what can happen with a red flag gun law.

According to the Gazette:

The Anne Arundel County police chief defended Maryland’s new “red flag” protective law Monday, just hours after a 61-year-old man was shot and killed while officers were trying to serve a court order requiring him to surrender his guns.

Chief Timothy Altomare said the fatal shooting in Ferndale was a sign that the law, which went into effect Oct. 1, is needed. There have been 19 protective orders sought in the county since then, tying Harford County for the most in Maryland, according to a report on the first month. Statewide, about half of the 114 orders sought have been granted.

“If you look at this morning’s outcome, it’s tough for us to say ‘Well, what did we prevent?’ ” he said. “Because we don’t know what we prevented or could’ve prevented. What would’ve happened if we didn’t go there at 5 a.m.?”

While addressing the group of about two dozen area residents, Crapo touched on a number of topics, including the minimum wage and big tech censorship. 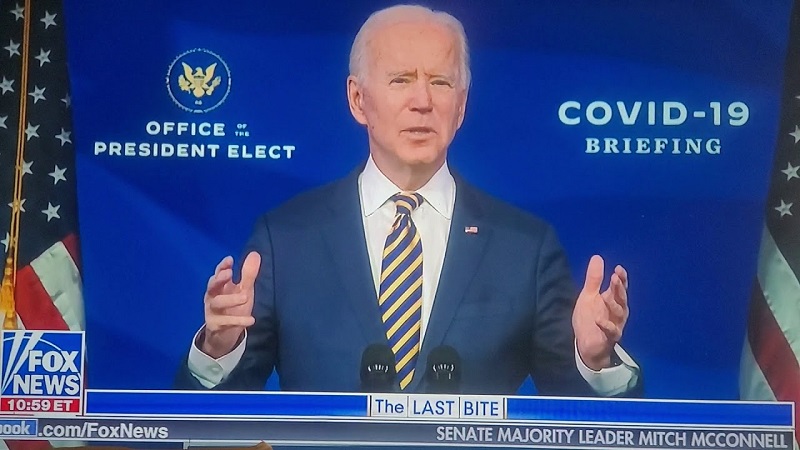