Trump’s travel ban has been the subject of talk for both the right and left. But it was revealed in a series of emails that Google employees exchanged emails with each other that suggested they wanted to manipulate search results so that users couldn’t find information about the ban. 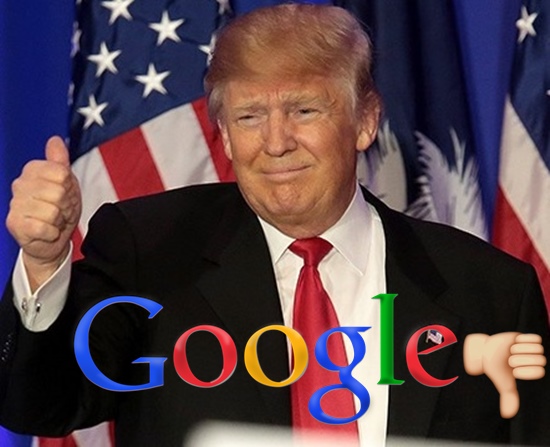 Fox host Tucker Carlson and the Wall Street Journal, obtained the email strings, which asked about ways to “leverage” searches against what staffers believed were anti-immigration actions by the President. They were talking about actually changing the algorithm so that people could not find pro-Trump information on the travel ban.

Fox reported some of the information in the emails, which were from Jan 29, 2017:

“Overall idea: Leverage search to highlight important organizations to donate to, current news, etc. to keep people abreast of how they can help as well as the resources available for immigrations [sic] or people traveling.” Marketing employee

“I know this would require a full on sprint to make happen, but I think this is the sort of super timely and imperative information that we need as we know that this country and Google, would not exist without immigration.”

Employees suggested ideas for catching “islamophobic” words or even words like Mexican, Latino, etc. One staffer in the emails released even asked if they could find a way for users to contribute to the ACLU.

That ANY tech company would even toy with the liberal ideas in those emails is an affront to the US Constitution. Google denies that any of the ideas in the emails were ever implemented.

“These emails were just a brainstorm of ideas, none of which were ever implemented. Google has never manipulated its search results or modified any of its products to promote a particular political ideology — not in the current campaign season, not during the 2016 election, and not in the aftermath of President Trump’s executive order on immigration. Our processes and policies would not have allowed for any manipulation of search results to promote political ideologies.” Google spokesperson

Is that a lie?

Right now if you search anything regarding President Trump you first get a plethora of news via the MSM. In order to find Conservative news, you need to go directly to the websites, or sift through more pages of results.

….results on “Trump News” are from National Left-Wing Media, very dangerous. Google & others are suppressing voices of Conservatives and hiding information and news that is good. They are controlling what we can & cannot see. This is a very serious situation-will be addressed!

We searched Trump News ourselves and got these as the top results: 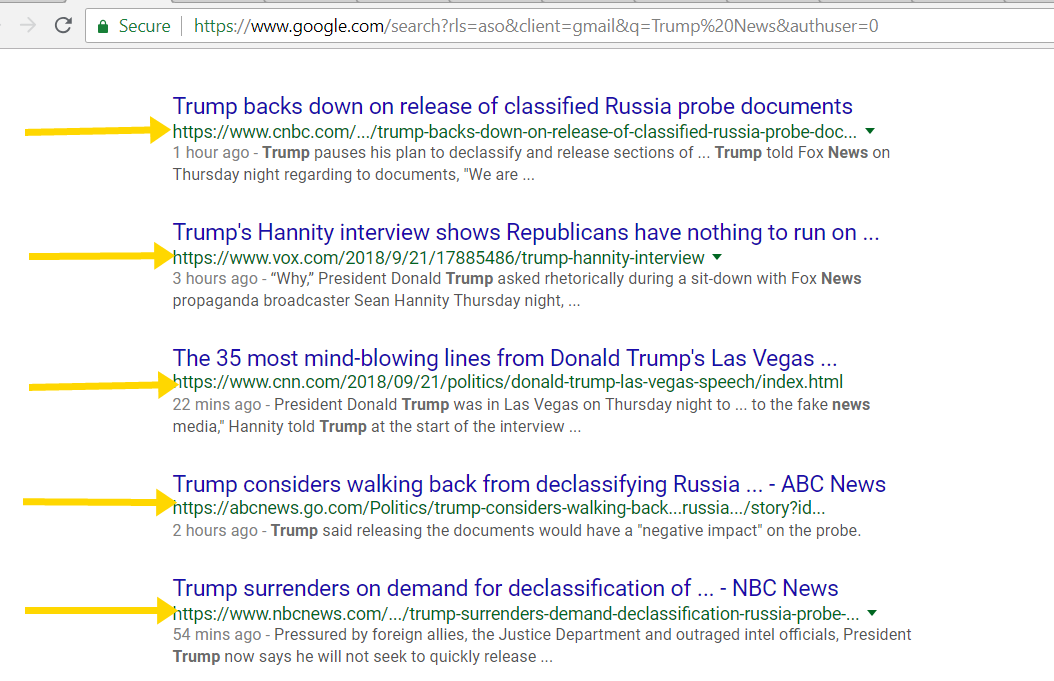 Sure, you can find other news, these are just the top results, the first ones that come up. The headlines give you the hint that the articles may not be favorable to the President.

According to Fox, Google’s co-founder is a Soviet Union immigrant named Sergey Brin, who actually participated in a protest against Trump’s travel ban.

“Google is the most powerful company in the history of the world. Virtually all human information flows through its software and for that reason Google shapes how much of the world understands reality. At the heart of Google’s business is its search engine, which has a virtual monopoly on search in this country. But what if Google was lying to you?” Tucker Carlson