Congresswoman-elect Maria Elvira Salazar is seeking to create her own version of “the Squad” to combat radical socialist Democrats.

They are being called ‘The Force’ or ‘Freedom Squad.’

“I want to create a force within my freshman class that will have to be reckoned with. A force of reason, a force for freedom, a force for democracy,” Salazar told NBC News.

The Republican freshman seeks to take on the ‘Squad,’ led by Rep. Alexandria Ocasio-Cortez (AOC), and batting down their socialist agenda is the main priority.

“When I hear this Democratic socialism that is being presented within the Democratic Party, I can only tell you that only brings misery, oppression and exile,” Salazar explained.

“And how do I know? Because I have lived it and I have covered it.”

I was born in Miami — a community built by survivors

we can't just let the socialist left destroy the American Dream for our children!

Maria Elvira Salazar and the Republican Version of the Squad

“The Force,” is also reportedly being embraced by other Republican women newcomers – including Nicole Malliotakis (R-NY) and Victoria Spartz (R-IN).

“We need to form our own ‘Squad.’ We have a group of new Republicans who love America. We value freedom, liberty and opportunity,” Malliotakis told The New York Post.

Loving America and valuing freedom already puts this group in direct contrast to the Squad.

Rounding out the trio is Spartz who noted her roots growing up in the Socialist Republic of Ukraine in an interview with Fox News.

“I saw what happens when it runs out of money and it is not pretty. And now we’re building socialism. I’m kind of going full circle,” she lamented. “I can tell you what is going to be next. It’s very sad for me to see that.”

Move over AOC, meet @NMalliotakis, a descendent of Cuban immigrants who experienced the dangers of communism and socialism up-close, who has started the Freedom Squad. Joining her are @CarlosGimenezFL , @MaElviraSalazar, & @Victoria_Spartz. We welcome the Freedom Squad to DC! 🇺🇸

The Republican ‘Force’ Wants to Stop Democrat Socialists in Their Tracks

There is a common thread for each of these freshman Republican women – they all have first-hand knowledge of how socialism destroys lives.

Salazar has Cuban roots, Malliotakis’ mother was born in Cuba, and Spartz grew up in the Soviet Union before Ukraine became an independent nation.

They know what the Squad is trying to do to this country.

I’m proud to serve with @NMalliotakis, @MaElviraSalazar, & @Victoria_Spartz. We know what socialism does to a nation — we escaped it. We’ll fight for freedom, the American dream & opportunity every single day.https://t.co/BYo7DttN2r

Carlos Gimenez, another freshman Republican Representative-elect said he wants in on the “freedom squad” train.

“One of the things that ginned me up to run was doing battle with [Ocasio-Cortez],” Gimenez told the Miami-Herald. “I want to do battle with them. I want to fight them in the arena of ideas. I think their ideas and where they want to take this country is completely wrong.”

Unfortunately Mr. Giminez, there is no longer a discernible difference between the Squad and the rest of the Democrat party.

In fact, while the Democrat party struggled mightily in the 2020 elections leading to several House seats flipping and ushering in the Republican ‘Force,’ the Squad coasted to victory and even picked up a new recruit or two.

Salazar and the rest of the group are ready though.

“We’re going to be a force to reckoned with,” she warned. 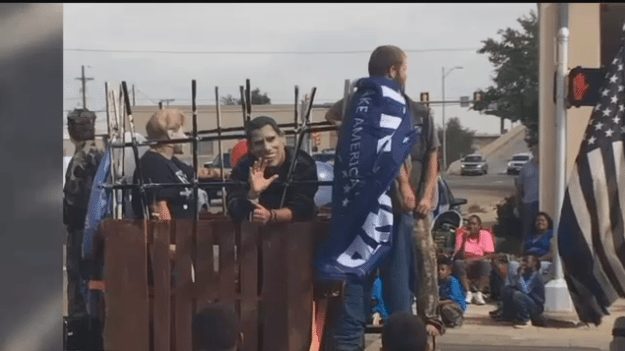