Despite network censors partially catching actress and Fox News commentator Stacey Dash’s brief moment of profanity, the on-air personality has been suspended for two weeks for the verbal slip.

As reported by the new media portal TownHall.com on Dec. 7, 2015 by Christine Roussel, Dash may have gotten a wee bit taken away by her emotions when she inadvertently dropped a colloquialism for solid human waste.

While appearing on the Fox News mid-day panel discussion program Outnumbered, the topic de jour was the official response of Barack Obama in regards to the recent Islamic jihadist terrorist killings in San Bernardino, California, that left 14 people dead and another 21 injured. Barely able to contain her anger, Dash matter-of-factly stated, “It’s ridiculous. His speech was an epic fail. It was like when you have to go to dinner with your parents, but you have a party to go to afterwards, that’s what it felt like. He was just trying to get through it because he wanted to go to this event afterwords.”

Reportedly, Obama was to don black tie and tails immediately after the Sunday evening national televised speech for a gala event at the Kennedy Center. Nonetheless, Dash was just getting revved up, “I did not feel any better. I didn’t feel any passion from him. Like you said. I felt like he could give a shit. Excuse me. Like he could care less. He could care less. And here we have 14 people dead. Today is the anniversary of Pearl Harbor. His speech should have had a lot more passion. ”

This is not the first time Dash has been in the spotlight for her conservative beliefs. Prior to the 2012 presidential election Dash took heat on social media from fellow blacks when it was made public that she was a Republican and intended to cast her ballot for Romney/Ryan. As evidenced on the conservative Twitter watchdog site Twitchy, the insults came in hot and heavy.

avid J [email protected] – She appeared as the Bitchy type anyway! She knows Not to fUCk with TRUTH. It hurts that Dumb Black Ass!

Super [email protected] – you and people like u are traitors to your race and country. U won’t be satisfied til we all burn and you are grovelling!

[email protected] – BITCH WE DON’T WANT YOUR WHORISH PRAYERS. Your god is not our God.

Other responses on the internet was Dash being referred to as a “House Nigga” and a “female Uncle Tom” by other individuals who identified themselves as black by their Twitter photos. Other than the insults, there were also death threats. 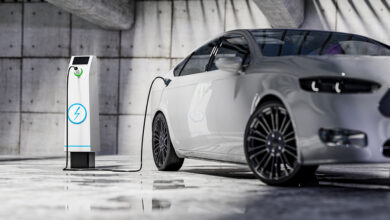