A new ad put out by Democrat Hillary Clinton, perhaps the most evil person ever nominated by a major party, uses a person who claims to be a “Republican” to bash GOP nominee Donald Trump.  But, Fox and Friends reported Tuesday, Doug Elmets, the alleged “Republican,” is a long-time donor to Democrats:

The "Republican" in the latest Hillary Clinton ad is actually a long time Democratic donor (via @FoxFriendsFirst) pic.twitter.com/Xk1Z26nZdF

“I voted Republican then, and I have every since. But I cannot vote for Donald Trump. I’m putting party aside and voting for Hillary Clinton,” he says in the ad.

“Former Reagan Administration official Doug Elmets has actually given more than $2000 to Democrats since 2004. No surprise: He’s also unloaded $1000 to Clinton’s campaign.“

According to a post at GOP.com, Elmets has donated to Democrats a number of times over the last 12 years:

But we’re supposed to believe he’s a Republican.  Right.

THE DECEPTION NEVER ENDS. (but do those that would vote @TheDemocrats understand this deceit?)

Probably not, and it’s quite likely they don’t care…

This isn’t the first time Democrats have tried to pull the wool over voters’ eyes with fake Republicans.

At the time, a post at Hot Air reported:

Maria Ciano who is featured in the web video has been a registered Democrat since October 2006 according to voter registration records.

“People like me and my family have realized that the Republican Party once was inline with our views, but are no longer,” the Colorado resident says in the video.

And they’re back using the same old trick… 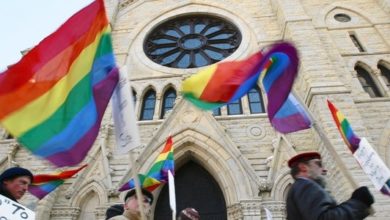