Welcome to the new, transformed United States, where you can now be jailed for refusing to issue gay marriage licenses.

On Thursday, U.S. District Court Judge David Bunning placed Rowan County Clerk Kim Davis in the custody of U.S. marshals until she complies, USA Today reported.  Meanwhile, Davis told Fox News’ Todd Starnes that not only is she ready to go to jail, but that militant gays have issued threats calling for her to be raped and murdered.

“They told my husband they were going to burn us down while we slept in our home,” she told Starnes. “He’s been told that he would be beaten up and tied up and made to watch them rape me. I have been told that gays should kill me.”

Here’s just a sampling of the “tolerance” on Twitter:

Before the hearing, more than 100 protesters gathered outside the federal courthouse to bolster both sides of the debate.

Demonstrators lined the street, waving signs either with religious messages or calls for marriage equality. One man stood in the crowd, shouting over a microphone.

So it’s official.  Religious freedom is dead in America.  This is exactly what some on the Supreme Court said would happen.

There’ll be much more to this as time goes on.  Stay tuned. 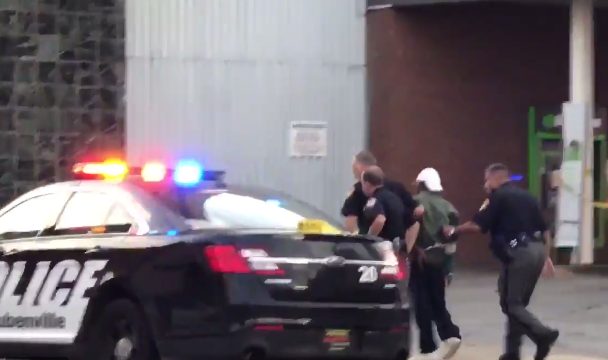 Ohio Judge Shot, One Suspect Dead, One in Custody