On Thursday, Breitbart.com reported that nearly a thousand of Facebook’s top page owners are fighting to put an end to the social media giant’s censorship.  In a change.org petition, they said that over 300 pages have been unpublished in a three-week period for “the same generic reason” and called on the company to have a live representative to work with page owners instead of a computer-generated algorithm.

“I have lost 4.3 million likes on one of my pages with a reach of over 183 million daily, and was gaining approximately 15,000 fans weekly,” claimed page owner Jason Karpowich, who has allegedly lost around four other pages with 1 million likes each, and around 50 with between 100,000 and 500,000 likes. “Overall, with all of the Facebook page purges, I lost around 12 million fans and with the loss of these pages a few families have lost their income due to these unjust Facebook purges/unpublishings.”

“We have been trying to contact Facebook for months to no avail,” he continued. “The only response you get is from a bot and auto response, so we formed a group called #PowerToThePages to get the Facebook page owners together.”

Social media entrepreneur and WTF Magazine owner Jason M. Fyk, who is also a part of the #PowerToThePages group, told Breitbart Tech that Facebook’s purge of pages meant that he had to let go of his former employees and rethink his business steps after they reduced his traffic substantially. He was even sanctioned by the site for posting a picture of Family Guy cartoon star Peter Griffin dancing while holding his digital man-boobs.

“Like the meme page revolt earlier this year, which included some of Facebook’s largest meme pages, #PowerToThePages seeks to raise awareness of the censorship that is currently taking place on the platform,” Charlie Nash said.

Breitbart also recounted the story of Debbie Beutel, a page owner who has lost various fan and comedy pages on the platform.

“Facebook started by limiting our posts to fans dramatically. Some posts only getting to less than 10% of our fan base. Then to have all of our hard work ripped from our fingers is a tough pill to swallow, especially seeing as most of the pages followed terms of service,” she said.

“With my page, for the past 4 years I have helped families for Christmas,” she added. “I have gotten donations from fans and been able to help up to four families buy Christmas presents. Many other pages did the same thing, Fans have told me how much that always meant to them, and now it is gone… I know four families is not much, but it was something…”

Even a page which aimed to support step-parents and step-children who may have been traumatized from divorce was removed, with a second page being formed shortly after the first was taken down.

The original page had around 50,000 likes before being unpublished by Facebook. The second incarnation has less than 500.

Incidents like this inspired Adina Kutnicki, an investigative journalist based in Israel, and I to write “Banned: How Facebook enables militant Islamic jihad.”  The book, endorsed by Pam Geller, is available on Amazon.com and the WND Superstore, and explains the real, underlying reason why this censorship takes place.

The petition, which as of this writing, has 2,255 supporters, can be seen here.

On a final note, Facebook’s ongoing censorship has inspired Adina and I to start work a follow-up book to “Banned.”  More on that to come… 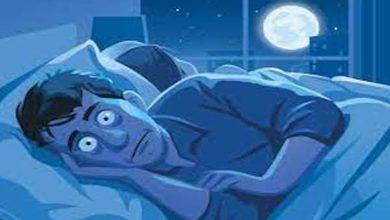 Why So Many Foolish Gaffes Were Crammed Into The Last Month