On Monday, the Texas-based Liberty County Vindicator reported that Facebook, the social media giant dubbed “Iron FistBook” by political cartoonist A.F. Branco, removed a post consisting of an excerpt from the Declaration of Independence, declaring it to be “hate speech.”

According to Managing Editor Casey Stinnett:

Leading up to Independence Day, The Vindicator challenged its Facebook followers to read the Declaration of Independence. To make it a little easier to digest that short but formidable historic document, the newspaper broke the Declaration down into 12 small bites and one to post each morning from June 24 to July 4.

The first nine parts posted as scheduled, but part 10, consisting of paragraphs 27-31 of the Declaration, did not appear. Instead, The Vindicator received a notice from Facebook saying that the post “goes against our standards on hate speech.”

“He has abdicated Government here, by declaring us out of his Protection and waging War against us.

“He has plundered our seas, ravaged our Coasts, burnt our towns, and destroyed the lives of our people.

“He is at this time transporting large Armies of foreign Mercenaries to compleat the works of death, desolation and tyranny, already begun with circumstances of Cruelty & perfidy scarcely paralleled in the most barbarous ages, and totally unworthy the Head of a civilized nation.

“He has constrained our fellow Citizens taken Captive on the high Seas to bear Arms against their Country, to become the executioners of their friends and Brethren, or to fall themselves by their Hands.

“He has excited domestic insurrections amongst us, and has endeavoured to bring on the inhabitants of our frontiers, the merciless Indian Savages, whose known rule of warfare, is an undistinguished destruction of all ages, sexes and conditions.”

Stinnett says he’s not entirely certain what triggered Facebook’s algorithm, but suspects it may have been the reference to “Indian Savages.”

“Perhaps had Thomas Jefferson written it as ‘Native Americans at a challenging stage of cultural development’ that would have been better,” Stinnett said. “Unfortunately, Jefferson, like most British colonists of his day, did not hold an entirely friendly view of Native Americans.”

But, he added, there’s quite a bit in that passage that could be considered “hateful” by today’s standards.

Stinnett gave Facebook the benefit of the doubt, and blamed an algorithm for the action.

“If any human being working at Facebook were to review it, no doubt the post would be allowed, and the editor has searched for a means of contacting Facebook for an explanation or a opportunity (sic) to appeal the post’s removal, but it does not appear the folks at Facebook want anyone contacting them,” he said.

We’re not so sure, however, based on our experience with the site Breitbart once called the “world’s most dangerous censor.”  Keep in mind this is the same site that told a conservative woman her profile picture of a lilac tree was pornographic and flagged a picture of a 2012 Donald Trump campaign button as violating its rules on nudity.  The button, by the way, only showed Trump’s face.

Yours truly has also experienced the brunt of Facebook’s insanity repeatedly, as noted here and here.  Some of those actions were the inspiration for “Banned: How Facebook Enables Militant Islamic Jihad,” a book co-authored by myself and American-Israeli Adina Kutnicki.

Rich Penkoski, pastor of the online Christian ministry Warriors for Christ, has also experienced the company’s Orwellian enforcement and told this site he does not consider Facebook to be an honest broker.

While unhappy with Facebook’s action, the editor reminds readers that Facebook is a business corporation, not the government, and as such it is allowed to restrict use of its services as long as those restrictions do not violate any laws. Plus, The Vindicator is using Facebook for free, so the newspaper has little grounds for complaint other than the silliness of it.

The problem The Vindicator faces is that it has become dependent, perhaps too dependent, on Facebook to communicate with local residents and to promote the newspaper. Some Vindicator stories posted on thevindicator.com attract thousands of page views, but usually only after links to them are shared on Facebook. Plus, many bits of information are shared by the newspaper through Facebook alone.

“This is frustrating, but your editor is a historian, and to enjoy the study of history a person must love irony. It is a very great irony that the words of Thomas Jefferson should now be censored in America,” he added.

“It looks like we made a mistake and removed something you posted on Facebook that didn’t go against our Community Standards. We want to apologize and let you know that we’ve restored your content and removed any blocks on your account related to this incorrect action,” the site said in an email sent after the paper closed on Tuesday.

“The Vindicator extends its thanks to Facebook,” Stinnett said. “We never doubted Facebook would fix it, but neither did we doubt the usefulness of our fussing about it a little.” 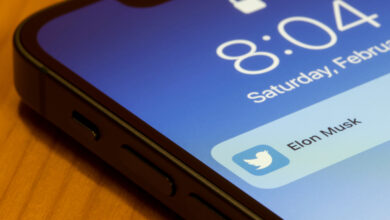