On Monday, Christopher Cantwell, a blogger who describes himself as “an activist, writer, and satirist originally from New York” said he was given a 30-day ban on Facebook for a post defending the victims of migrant rape.

“Today, I got the all too familiar ‘You must log back into facebook’ message I have seen dozens of times before. I was subsequently made aware that a post made to the ‘Gun Rights’ Facebook page, which has over 200,000 Facebook Likes, had been removed for unspecified violations of ‘community standards’,” he wrote.

Cantwell then noted something Faye Higbee recently wrote about:

It is worth noting, that though the image above shows this post is made by me, it was made by another admin and posted as the “Gun Rights” Facebook page. I am not sure why Facebook opted to show it to me in this context. All admins of the page received the same notice, but with their own name and profile picture being shown as the poster.

This is a troubling trend that seems to get worse by the day. The Internet had once provided us with a means of breaking from from mainstream media narratives and giving each individual a voice. But, as political correctness and government policy bring pressure to bear on popular online gathering places, that is ceasing to be the case. Expressing political opinions that run contrary to PC narratives or government policy will now get you silence on the most popular platforms, and as internet regulations steadily increase we can expect this to also come at the ISP level.

It’s also interesting, given that one year ago this month, Facebook CEO Mark Zuckerberg decried the very behavior his company now engages in.

Exit question: How much worse will Facebook’s censorship get before something substantial is done to stop it? 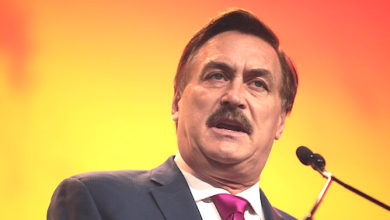