Is America set to suffer another civil war?  That’s the question Erick Erickson asked in an article posted at the Independent Journal Review.

It’s a good question, and one that needs to be considered.  Erickson makes the case that elected officials and rich, prominent liberals like Hillary Clinton can break the law willy-nilly with zero consequences while Kim Davis, a Christian who stands by her beliefs on gay marriage, is tossed into jail for refusing to submit to a judicial tyrant.

“When Kim Davis, the Rowan County, KY, clerk was hauled off to jail for refusing to give marriage licenses, a White House spokesman said no official is above the law,” he wrote. “Hillary Clinton cheered on Twitter. The left went wild. ‘Where is your god now?’ one person tweeted.”

He noted the rank hypocrisy of the left:

When the left disagreed with marriage law, they made heros of mayors and others who defied the rule of law. When Gavin Newsom, then the Mayor of San Francisco, began marrying same sex couples, he was hailed as courageous for defying the law.

That’s right — Newsome blatantly violated the law and was made a hero.  Davis, who, by the way, upheld the law in the state of Kentucky, is now sitting in jail.

He provided other examples of left-wing hypocrisy:

In Washington, D.C., the District government has refused to allow citizens access to guns even though the Supreme Court has declared it a right. The left has not had a problem with that. Cities around the country have declared themselves sanctuary cities and they will not enforce immigration laws. President Obama has ignored the Supreme Court on his health care law, forcing a Florida law suit.

Hillary Clinton using a private email server is no big deal to the left. Every changing story is met with acceptance. The Democrats’ immigration plans have included trying to pull a fast one on a judge in Texas and the left applauded. The IRS can leak confidential donor lists of conservative groups and harass the same groups. Political opponents get awfully convenient “random” audits. Again and again, the left gets to ignore the laws it wishes to ignore while the right must comply.

Are you beginning to see a pattern here?  Liberals can do whatever they want and get a pass.  Conservatives, and especially Christians, not so much.  And let’s not forget the threats of murder and rape leveled at Davis — all of which violate federal law.  No one, however, seems too concerned about that.

As unelected bureaucrats and judges invalidate state laws on a whim, he argues, the country moves from being a nation of laws into being a nation of men.  Naturally, those with power and money — and the right ideology — can do as they wish, while others are put under the thumb of an increasingly dictatorial government.

“At that point, the citizens will clash beyond the ballot box. We see that beginning with random killings of police and random killings by police. It will only get worse. No one should want it and no one, myself included, does want it. But how much longer until we have another civil war?” he asked.

Good question.  And, by the way, Erickson isn’t the first to ask this.  In 2011, an article posted at the Tea Party Nation website by a former intelligence officer asked if America is headed for another Civil War.

Looking at what was going on at the time, I also wondered the same thing.  Do liberals really want another bloody civil war?  The last one cost over 600,000 lives.  How high would the body count be the second time around?

Erickson concluded: “How much longer before the cold war of citizenry fed and flamed by Washington turns hot?” 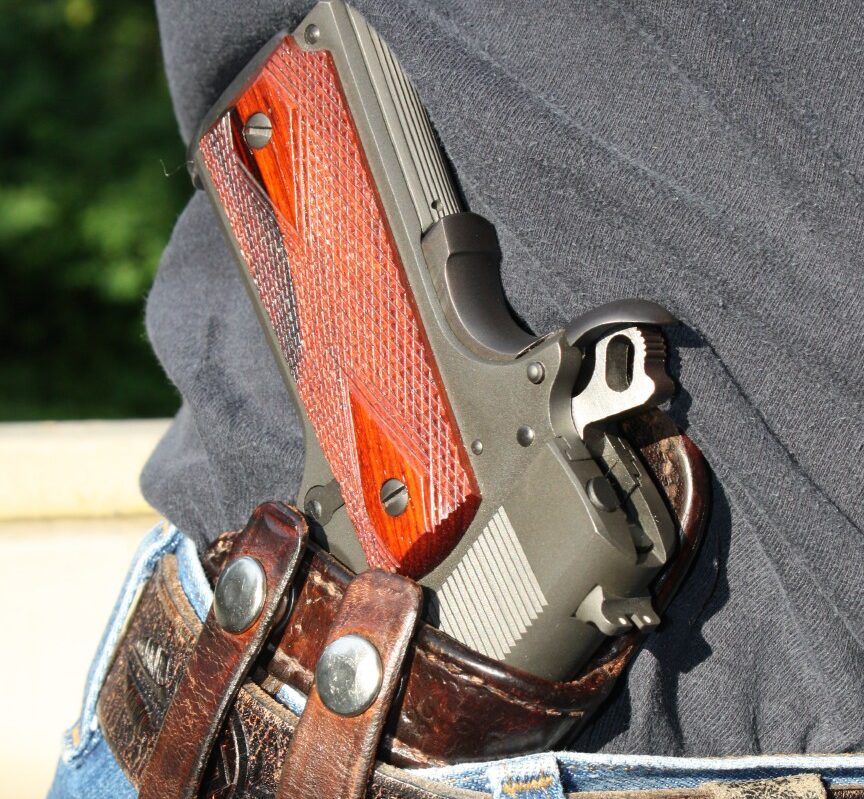