What was the one thing Dems feared MOST about Elon buying Twitter?

Sure, the paper trail of the communications between Twitter’s censorship departments and Biden’s White House surely made the top 3, but there was one elephant in the room that loomed larger than all the other reasons.

The thing they feared the most was Trump getting his voice back.

There’s something about self-promotion instincts honed over a lifetime of big business deals across multiple industries that made Trump a social media savant.

The Twitter model was instant communication, instant gratification, and no filters.

He made the medium fun, not just with his sparring with people like Rosie, but with his campy digs at, well, everyone.

There were his ‘little rocket man’ and nuclear button pokes at the paunchy little leader of the Hermit Kingdom.

There were his boasts, like ‘very stable genius’ that were, as we coined it, the ‘lightning rod effect’ crafting a controversial or ‘spicy’ tweet to make it the center of attention when, really, the controversy served as a delivery system for the information he REALLY wanted eyes on — like the fact that he scored really well on that cognitive test.

And who can forget his curious turns of phrase like ‘despite the negative press, Covefe’. People are STILL wondering what that means. Was it a typo? Was it a mistake? Was he just using a nonsense word? Nobody really knows. And that’s what made his Twitter presence so entertaining.

Until one day… while he was still a sitting President, it all went dark. It stayed that way through the end of his first term, through the next election, and right up until he announced his election run.

But something changed in the time between then and now. A new owner emerged for the Social media juggernaut. A quirky tech billionaire who was just as much a sh^t-disturbing Meme Lord as the 45th President himself.

Elon bought Twitter — then he got cold feet — and then made good on his offer.

And he asked the users of his platform one fateful yes or no question in the form of a poll:

He followed that question up with a statement making it clear that the poll results would influence his policy. And a RIDICULOUS number of people saw this poll.

Over fifteen MILLION people voted. Too bad for the left all those angry leftists promised never to set eyes on the site again. The vote was pretty close. Who knows what would have happened if they’d stuck around to participate?

The results are in…

And Musk has made his announcement. 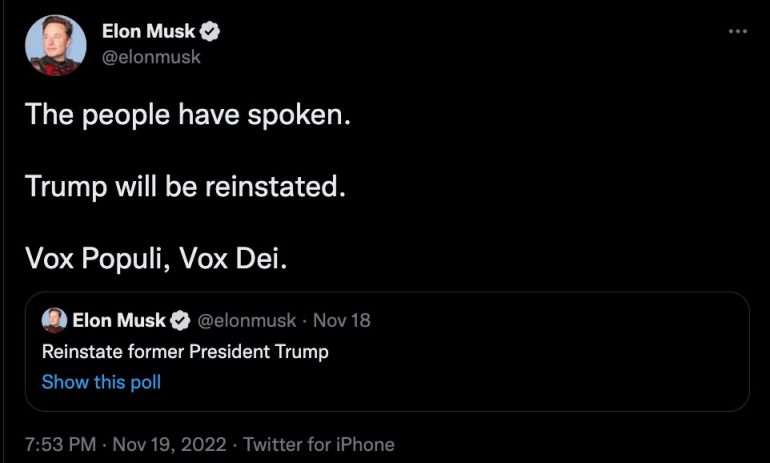 Don’t let your memes be dreams

Accounts are coming back from the dead left and right.

And the memes are flying.

Trump is back on twitter @realdonaldtrump
Cue the meltdown. Thoughts & prayers to the lunatic Left. pic.twitter.com/Obg0StFCbQ

It’s amazing how the atmosphere somewhere can change when you send the professional killjoys packing, isn’t it? 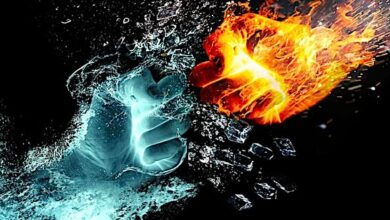 Everyone Who ‘Misgenders’ Students At This School Threatened With Violence 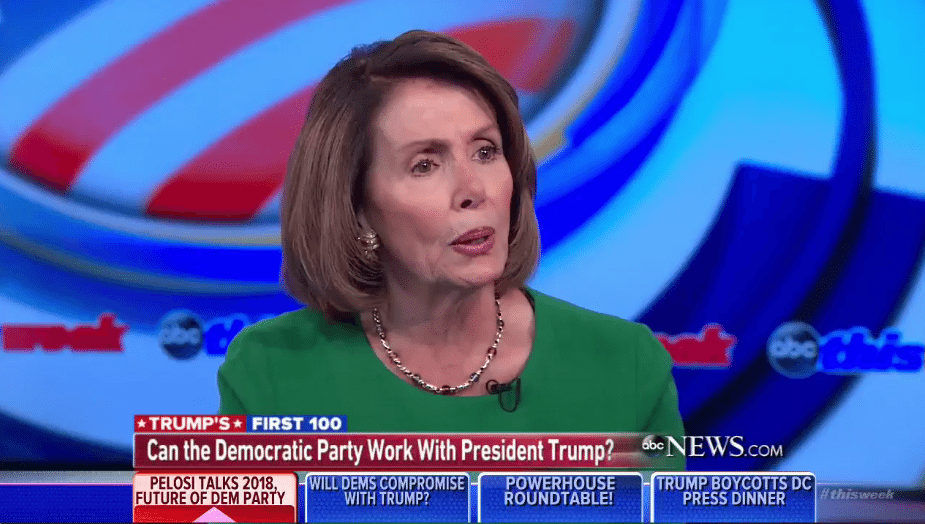