In the aftermath of a devastating drubbing for Democrats in Virginia, a report at dnyuz.com suggests liberals have adopted a strategy of demonizing Republicans for winning by launching “a conservative-stoked backlash to the changing mores around race and identity championed by the party, as Republicans relentlessly sought to turn schools into the next front in the country’s culture wars.”

But that’s actually what self-anointed “progressives” were doing for the past year, critics argue, which is what brought out Virginia voters in near record numbers to reject the strategy. In the process, Virginia citizens made a clean sweep of Democrats in statewide offices and also flipped the House of Delegates to the GOP.

Republicans Glenn Youngkin, Winsome Sears and Jason Miyares have been elected governor, lieutenant governor and attorney general, respectively in a clean sweep of statewide offices in the Commonwealth. Until Tuesday night, most political prognosticators were expecting a Terry McAuliffe victory.

According to CBS News, exit polls in several locations revealed independents who supported Joe Biden by 19 points in 2020 crossed the aisle and voted for Youngkin. It amounts to a referendum on Biden and the administration, and the party leadership, and bodes bad news for Democrats in the 2022 midterm elections.

The Citizens Committee for the Right to Keep and Bear Arms is asserting the gun owner vote is what tilted the election as Virginia “gun voters” got even for the gun control laws pushed through by Democrats under outgoing Gov. Ralph Northam in 2020.

Republicans may have learned an important lesson to carry into the midterms: Fight for the children, and for local control of school curriculum.

Democrats may have learned a lesson, too: Stop running against Donald Trump. He’s not on the ballot. In Virginia, loser McAuliffe also discovered that Joe Biden’s coattails are more of an anchor, and bringing in other big name far-left Democrats including Kamala Harris, Barack Obama, Stacey Abrams and others is not a good idea.

Meanwhile, the race in New Jersey is still too tight to call. Phil Murphy is trailing challenger Jack Ciattarelli by a razor-thin margin.

In Seattle, the far left has been kicked in the shins as voters elected a pro-police mayor and city attorney, rejecting a pair of cop-hating radicals. 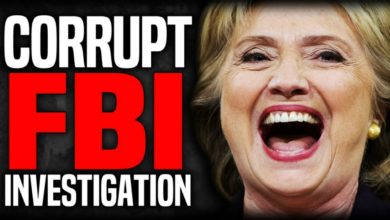