Turkish officials stopped eight suspected ISIS terrorists at Istanbul’s Ataturk Airport on Wednesday.  One of the suspects had a note in his pocket, laying out how to enter Germany by going through Greece, Serbia and Hungary, and included a smuggler’s boat across the Mediterranean.  This is nearly identical to the path that one of the Paris attackers used to get into France.  Even more alarming is that one of the eight men had a Syrian passport that is identical to the one used by that same Paris bomber, with the lone exception of the picture.  It has the same name, date of birth and birthplace.

The eight men claimed to be tourists and they told the police they had hotel reservations.  The police checked on it and found it to be false.  Turkey is strategically located to be a stopping off point between Syria and Europe. They can’t, however, come from Syria directly without arousing suspicions, so Turkey is usually the second or third stop.  These particular eight flew into Turkey from Casablanca.  (Play it again Barry)

So far 650,000 refugees have passed through the Greek islands.  It is apparently not hard to make their way from there.  Every single person in the world except Barack Obama and Angela Merkel know that ISIS is using the refugee program to smuggle agents into Europe and the United States.  Just this week , a refugee who was relocated to Louisiana, disappeared after two days.  Authorities located him in Washington D.C.  By the way, did you know that Obama’s relocation plan for refugees excludes D.C.?

Last week’s attacks in Paris has thrown the spotlight on the refugee program, and the citizens in Germany and other countries have risen up to fight against more Muslim immigration to their countries.  Many states have told the Obama caliphate that they won’t except the refugees, but Obama has made it clear that he intends to relocate the terrorists………er, I mean refugees without informing the states how many they get or where they have been relocated to.

Must be nice to be an emperor, even if you have no clothes. 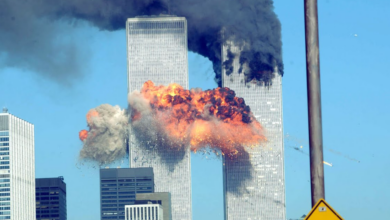