On Friday, WND reported that an Egyptian columnist, among others, warned of the consequences of a Hillary Clinton victory on Tuesday.  According to Bob Unruh, “statements published in Egyptian media indicate significant support for GOP candidate Donald Trump, because of the likelihood the Muslim Brotherhood will increase in influence if Hillary Clinton is elected.”

“The foreign policy of the candidate with the highest chance of winning the presidential election, Hillary Clinton, will be far more inflexible than Obama’s. She believes that the world’s problems will be solved more quickly if the U.S. is involved in the solution. [If she is elected,] Libya and Iraq are expected to return to square one,” Rania Hefny, a columnist in Al-Ahram wrote.  “Clinton’s leadership of the American political arena will arouse the Muslim Brotherhood terrorist organization and the statelet Qatar, as well as ISIS – in whose creation she participated – and the focus will be on exporting the conflict to many kingdoms such as Saudi Arabia, Jordan, and Morocco. Beware, beware, beware.”

The comments were spotlighted by the Middle East Media Research Institute.

The report continued: “However, despite this statement, there are clear indications that the Egyptian administration favors Trump over Clinton, especially in light of what is perceived in Egypt as the latter’s support for the Muslim Brotherhood (MB) and her disapproval of al-Sisi’s ouster of the Muhammad Morsi regime on June 30, 2013. This preference of the Egyptian regime is reflected in statements by al-Sisi and his associates, as well as in reports and op-eds published in the Egyptian government press.”

“Some even predicted that a Clinton win would herald further deterioration in Egypt-U.S. relations, due to her insistence on interfering in Egypt’s affairs, such as human rights issues. These articles cited her support for the ouster of Hosni Mubarak and what they described as her positive stance towards the MB. It should be mentioned that, as early as 18 months ago, reports and op-eds in the government daily Al-Ahram have been claiming that Clinton’s personal aide, Huma Abedin, is a member of the MB and serves as Clinton’s liaison with the organization.”

This isn’t the first time Abedin’s name has come up, as we reported yesterday.

Keep in mind that Clinton is on record as saying that Muslims have nothing to do with terrorism and as Secretary of State, she promised Muslim countries the U.S. would effectively enact Sharia blasphemy laws, intimidating Americans critical of Islam into silence.

Unruh’s entire report, which can be seen here, deserves to be read. 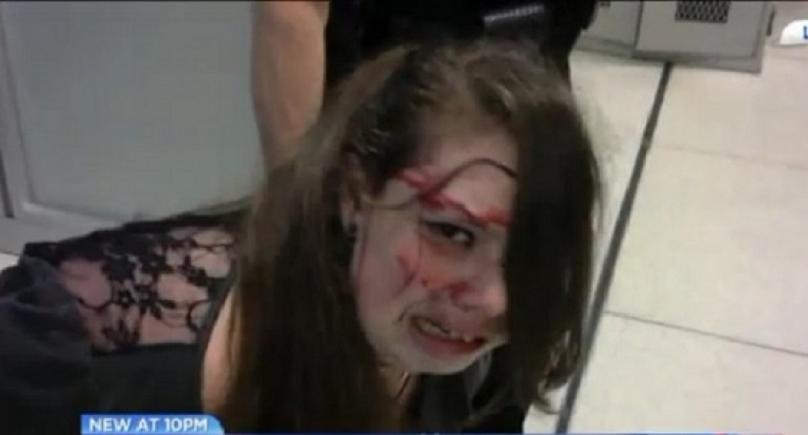