Dr. Robert W. Malone, a renowned physician and biochemist whose worked has focused on the mRNA technology that was used in the COVID-19 shots, is chiding the U.S. Centers for Disease Control for wanting to rid the nation of “wrong-speak.”

In a column that appeared at the Brownstone Institute, he cited the CDC’s new “guide” that imposes requirements for “how we are all to speak and write.”

The orders to America are found under the agency’s “Preferred Terms for Select Population Groups & Communities.”

“Now, how exactly this guide fits in with the CDC mission is beyond me,” he noted, since the agency is “tasked with disease control and prevention …. not tasked with correcting wrong-speak.”

The CDC’s actual mission statement notes it is to protect America from health, safety and security threats.

“According to the website, the CDC has put together this very extensive ‘list’ to protect people from ‘stigmatizing language,’” he explained. “The problem is that the CDC evidently believes that there should be no social stigmas. That if one commits a crime, is in prison, is an addict, or is involved in behaviors that most find offensive or are illegal, it is not ok to use a term to directly describe that activity because societal judgment might hurt someone’s feelings.”

He cited the CDC’s advice against using the term “smoker.”

“It might offend those who smoke,” Malone pointed out.

Also verboten would be “drug-users,” “alcoholics” and “drug abusers.”

Instead, appropriate would be “persons who use drugs,” “persons with alcohol use disorder,” persons in recovery from substance use” and such, he noted.

He did note that the CDC itself uses “offensive” terms, including having a registered trademark that states “Tips from former smokers.”

But, he said, “please folks – don’t do like the CDC. The proper term is ‘people who smoke.’ We wouldn’t want to offend smokers…”

He continued, “The CDC’s attempt to be non-judgmental for people who are addicted is also interesting. As they now categorize addiction as a disease, this means any reference to people who are addicted being called ‘addicted’ is wrong-speak. For instance, instead of ‘relapse,’ we should say ‘people who return to use.’ Because relapse implies that the behavior is stigmatizing and we shouldn’t stigmatize disease.”

He said, “As a society, as individuals, we have every right to judge those who hurt families, children, communities and themselves. Addicts hurt themselves and others. Let’s not sugar coat it. Yes, there are addicts who are mentally ill, but it is often a self-inflicted wound. Many treatment programs and practitioners do insist that the addict confront themselves and the damages done by their addiction. This is not a malicious or bad thing. Not ‘sugar-coating’ addiction is often part of the treatment and healing process.”

He also said instead of “inmate,” “prisoners,” convict,” “offender” or “criminal,” one should be using “Persons who are incarcerated or detained,” “people who were formerly incarcerated,” and “persons detained by or under the custody of [law enforcement].”

“Because we wouldn’t want someone detained or convicted of a murder to have their feelings hurt, would we?” he said. “So, calling Bryan Kohberger a ‘detainee’ for the murder of four innocent college students would be considered a wrong-speak crime. Good to know.” 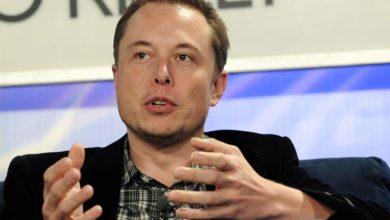