A disabled Army veteran in Colorado is facing eviction from his apartment just because he is defying the complex’s rule prohibiting tenants from flying the U.S. flag.

Veteran Miles Hoenisch, who lives at the Avana Eastlake Apartments in Thornton, Colorado told FOX31 Denver that he served in the U.S. Army for nearly seven years and had a tour of duty in Iraq.

Hoenisch told FOX31 Denver, “I joined the Army because I wanted to give back to my country.”

Hoenisch stated that his lease agreement says that no flags of any kind are allowed on balconies. He has displayed the American flag on his balcony since mid-June and was told by the property manager last week to remove it.

When asked why the property manager told him to remove the flag, Hoenisch said the apartment official stated to him that “The American flag makes the property look undesirable.”

Yes, that is what the official told him.

“We can’t fly the American flag, which makes no damn sense to me. The country itself, and the pride of this country is not the same as it used to be,” Hoenisch told FOX31 Denver.

In a released statement to FOX31 Denver, Avana Eastlake Apartments owners, said they are required “to treat all residents the same.”

“We are proud to support our country and the veterans who have served,” the statement said.

“Our lease agreement, which all residents sign, prohibits any type of flag displayed from balconies. We often remind residents of this policy and whether it is a college football flag or an American flag.”

According to Denver attorney Parker Semler, federal and state laws prevent homeowner associations and condominium associations from banning the display of American flags, FOX31 Denver reported. Those laws, however, do not apply to tenants in apartments, the attorney told the television station.

In a Facebook post, Hoenisch said in-part, “I know some people don’t understand why I am fighting so hard about my right to fly the AMERICAN flag, well I will tell you. This is AMERICA, the AMERICAN flag is our nations colors it represents our countries ideas, our countries core values, what our county was built on, our freedom, it’s why so many people from other countries want to come here. our flag has so many meanings, each color has a meaning, it’s to be flown in a certain manner, it’s to be destroyed in a certain manner, it is used for sporting events, swearing in of judges, police officers, military personal, political offices, soldiers, military swear an oath to defend and protect our flag at all cost as well as police officers swear an oath to uphold and defend our nations laws. It is a symbol of freedom and justice. Millions of AMERICANS have died protection our flag and our freedoms in all of our wars. We use our nation’s flag to give respect and honor to those that have served in our wars and our military past present and future.”

“When did the AMERICAN flag become clutter? Or become offensive? Or make a property look undesirable? Or become criminal? Or make people feel uncomfortable? My GOD this is AMERICA and this is the AMERICAN flag why is this so hard to understand. If you don’t like our nation’s colors then don’t look at it, or move out of my country, and give up everything this country has done for you, otherwise grow up and deal with it. This is why I am fighting so hard for my right to fly the AMERICAN flag, to honor my country, and those that have died protecting her, and for those that are currently protecting her around the world. That’s why it’s so important to me so we never forget.”

Hoenisch stated that he will not back down and will continue to fight the apartment rule. 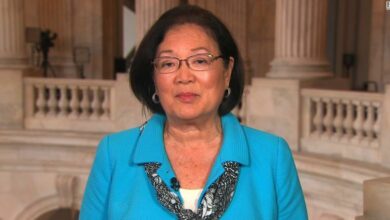