A U.S. Army veteran who faces 15 years in prison for his alleged role in the Jan. 6 riot says an FBI informant he knew from his military service urged him to join the mob that broke into the U.S. Capitol.

In an interview featured in Tucker Carlson’s controversial three-part documentary “Patriot Purge,” Mark Ibrahim said he refused the request and never even entered the Capitol building.

Ibrahim, a former Drug Enforcement Agency official, is accused by federal prosecutors of brandishing his duty weapon and badge to the Capitol grounds and climbing onto a monument to deliver a “monologue.” He’s been charged with making false statements to federal agents, entering restricted grounds with a firearm and injuring or climbing on a statue.

Carlson said in Part 2 of the series he confirmed Ibrahim’s claim that he was urged to join the mob by speaking to the alleged FBI informant.

“They labeled me a domestic terrorist; I just want to see peace and unity,’ Ibrahim said.

In the first episode of “Patriot Purge,” Carlson interviewed J. Michael Waller, a senior analyst for strategy at the Center for Security Policy who infiltrated Soviet front organizations during the Cold War.

Waller witnessed the events of Jan. 6, which he described, based on his experience, as “a political warfare operation.” He pointed to specific places where he saw “agent provocateurs” who attacked the Capitol with “a military-like precision,” goading members of the crowd to cause trouble. One person who fits the description of a provocateur is John Sullivan, who, as WND reported, was in the Capitol on Jan. 6, at the scene of the shooting death of Air Force veteran Ashli Babbitt. Sullivan was seen in a video leading a rally August 2020 in Washington calling for “revolution.” In a video by Sullivan showing him inside the Capitol, he can be heard declaring, “We did it!”

‘Fear’ tactics
In the second episode, Carlson speaks to Emily Grace Rainey, Fort Bragg-based officer who led about 100 members of a grassroots group called Moore County Citizens for Freedom to participate in the Stop the Steal rally. Most of the members are “grandmothers,” she said.

The Pentagon probed her actions on Jan. 6, and no criminal charges were filed. But she said she was pressured to resign after her clearance was revoked.

“I went and I saw my commander in chief at my nation’s capital, took a hundred of my friends, and they ostensibly ruined my career had I wanted to stay,” she said.

Trained as a psychological warfare officer, she said Jan. 6 could have been a “false flag” to smear Trump supporters.

Rainey referred to the oft-repeated claim by Democrats and others that Jan. 6 amounted to an “insurrection.”

“If that was an insurrection, it was the most poorly conducted insurrection ever,” she said.

She observed that fear, one of the most common psychological operation tactics, is “being used to manipulate the military, to see millions of Americans as domestic terrorists, and to try to just silence people.”

“There is a fear that if you are conservative, and you are in the military, that you will be singled out, that you’ll be looked at in suspicion, that your clearance will be revoked,” she said.

The documentary also featured Paul and Marilyn Hueper of Homer, Alaska, whose home was raided in late April by the FBI in pursuit of “Nancy Pelosi’s laptop.”

The agents didn’t find the computer, and it turned out that they mistakenly thought they had identified Marilyn in a photo taken at the Capitol.

“They cuffed me, put my hands behind my back, put me in a chair,” Marylin said. “It never occurred to me that they would actually think we had anything to do with anything inside the Capitol, because we never made it inside the Capitol.”

The couple said they were at the rally but never entered the Capitol.

See a supercut of media figures blasting Carlson’s series without having seen it:

Carlson is offering people who want to see the series three free months of the streaming service Fox Nation by going to TuckerCarlson.com and filling in an email address. (Choose between one of the plans, and in the checkout, a code will be automatically inserted granting three months for free, with the opportunity to cancel before payment becomes due in January). 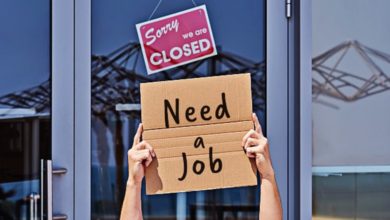 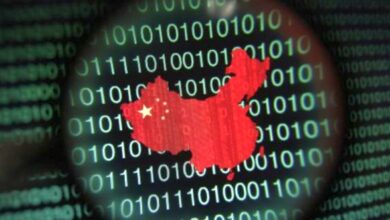 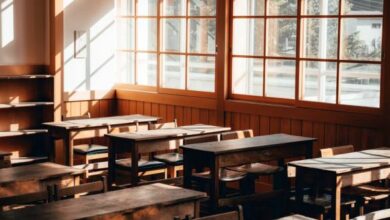