Illegal aliens soon may be able to vote in Washington, D.C., elections for mayor, council and attorney general, according to a new report from broadcaster WTOP.

The next vote is scheduled for November.

If it passes again, “noncitizens would be allowed to vote as long as they are 18 years of age or older at the time of the election, and have lived in the district for at least 30 days,” the report said.

The only “no” vote in the 12-1 decision was Ward 3 Councilmember Mary Cheh, who wanted people to live in the district for more than 30 days before they are eligible.

The sponsor of the radical plan, Charles Allen of Ward 6, said 30 days was time enough.

“Our immigrant neighbors of all statuses participate, contribute and care about our community and our city. They, like all D.C. residents, deserve to have a say in our government,” Allen charged.

“This bill is in line with our D.C. values, and this council’s history of expanding the right to vote and welcoming new voices into our political process and government,” he continued.

Because of the structure of government in the federal enclave, Congress would actually need to review it, and make a decision to allow or strike.

So far, only a couple of locations have made the same move, including Hyattsville and Takoma Park in Maryland.

Conservative Org: Kamala Has Some Explaining to do About Family Business Deals with China 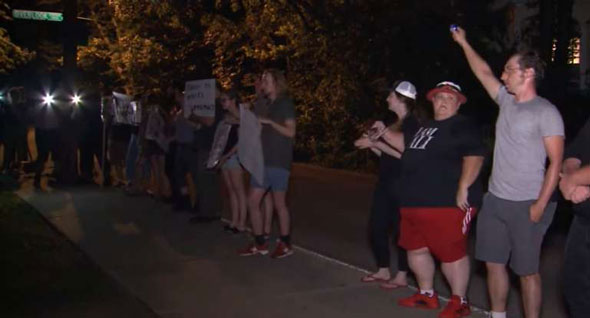 Trump is Dancing in the End Zone: Goodell Says All NFL Players Should Stand For the Anthem