If you’ve read our story celebrating what might become the ridiculous underdog success story of a New Jersey truck driver in Tuesday’s election you’ve already seen something that hinted at the anomaly in question.

If you haven’t yet read it, don’t miss out.

It’s an amazing David and Goliath story about a big-dollar dirty-trickster Democrat getting absolutely pantsed and we wholeheartedly encourage all of our readers to bask in the absolute joy of it. LMAO: GOP Truck Driver That Spent $153 On His ENTIRE Campaign Could Oust Democrat NJ Senate President

(Editor: That was the amount he spent before the primary, but it was still a major win.)

But lacking any relevant context, you may have blown right past this interesting tidbit. 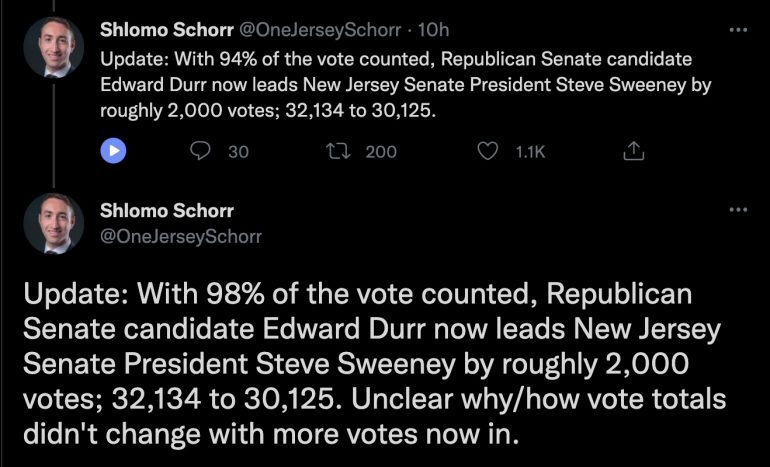 Huh? Another 4% of the vote counted, but Sweeny and Durr have exactly the same vote spread? That’s a real head-scratcher, isn’t it?

Do you mean to say not even ONE of that 4% of the votes counted in that batch had an opinion on who should win down ballot?

Better yet, the New Jersey Globe was quick on the draw calling a win for all three Democrats printing a story about a Democrat ‘sweep’. A story they promptly needed to retract.

That’s pretty satisfying in its own right as not one but all THREE of those Republicans look like they have won their seats.

You know that close race for NJ Governor?

Sharp eyes spotted something weird going on in the reporting of those numbers.

Here is the official breakdown currently posted in the NYTimes. 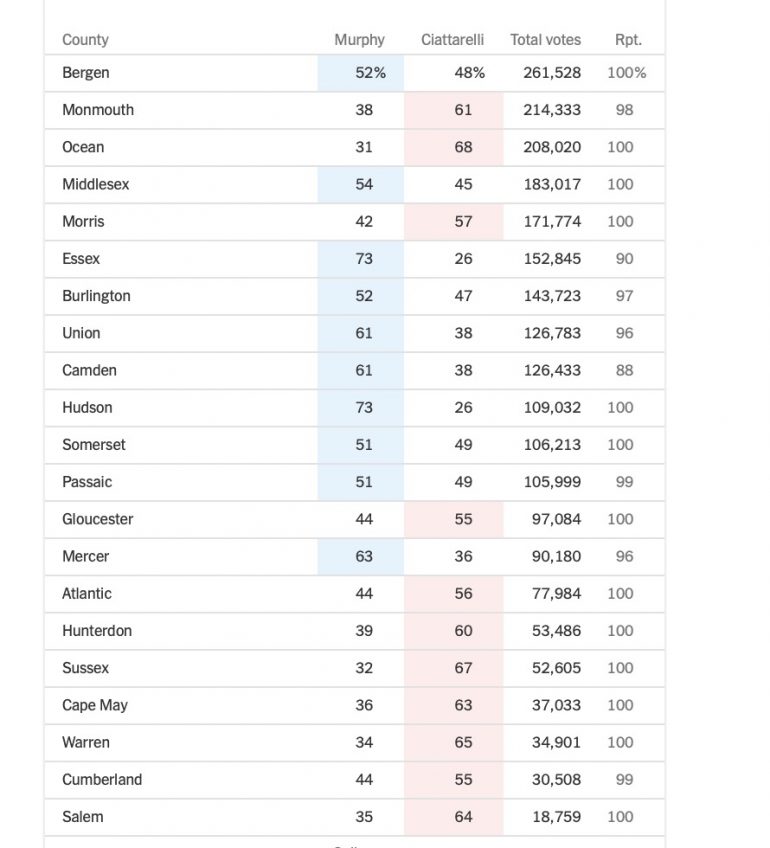 Becker News managed to capture and post an earlier version, of the NY Times website here (using the ‘Wayback Machine’ internet archiving feature) of the numbers New York Times themselves had posted. Discrepancies in their reporting raise some obvious questions. 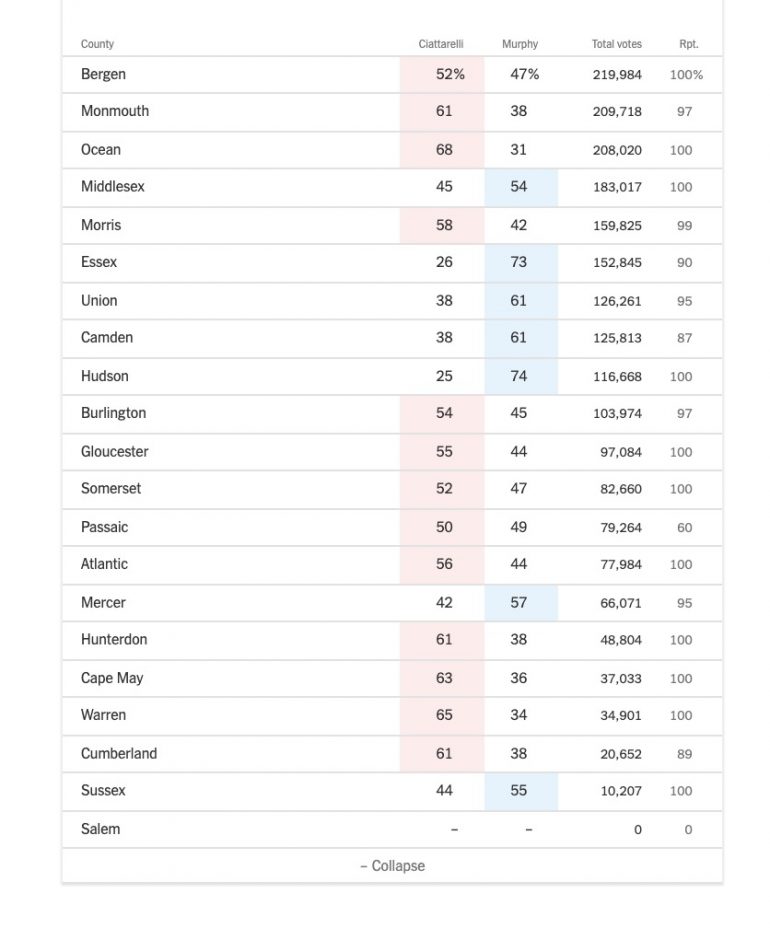 If you look carefully at the numbers in their reporting, some of the changes are not easily explained away.

Bergen county, for example. The current image has Murphy winning with 52% of the 219,000 votes.

The earlier image for Bergen county listed Ciattarelli in the lead with 52% of 219,000 votes. What accounts for the change? Was that just an innocent typo? If so, shouldn’t the Times clear the air and announce that they have, once again proven themselves to be an unreliable source of information?

But there are other strange numbers to account for… like Hudson being 100% at 109,032 votes AND being 100% at 116,668 votes. Is there an innocent explanation? There could be, but the public is owed some transparency, isn’t it?

Somerset flipped blue, adding another 20,000 or so votes AFTER they had seen 100% reporting.

Even Mercer added close to 30,000 votes and only ticked up 1% of total reporting.

Could there be an innocent explanation? Perhaps.

But the burden of proof is on the people running the elections to show that there has  not been any instances of dirty pool.

McAuliffe had his heavy-hitter legal teams on speed dial if they thought there was a chance of challenging any results he didn’t like.

Republicans need to demand transparency in what, exactly, is going on with these numbers.