If the country doesn’t “re-open” by mid-June, America could be in a lot of trouble, according to a study reported by the Los Angeles Times that revealed 72 percent of the respondents expect to reach a “breaking point.”

The survey, taken with 1,895 people over age 18 during the period of April 3-6, also says 100 percent of participants will “snap” if the shutdown continues longer than six months.

Already, the newspaper said, 16 percent have already allegedly reached their “breaking point” and that number could rise over the next couple of weeks to 25 percent.

BULLETIN: Former Democratic presidential candidate Hillary Rodham Clinton has endorsed former Vice President Joe Biden for the 20210 presidential nomination.
The Washington Examiner is reporting Clinton’s endorsement came during a digital Town Hall Tuesday.
However, according to the report, “Clinton’s endorsement coincides with growing concerns about sexual assault and harassment allegations leveled at Biden by a former Senate aide who worked for him in 1993. Delaware’s 36-year senator, before he left Congress to join the Obama administration as vice president in 2009 for two terms, has not directly addressed Tara Reade’s accusations that he forcibly kissed her and penetrated her with his fingers, leaving his campaign to deny the claims vehemently.”
CFL looked at what appears to be Democrat and media hypocrisy surrounding the allegations against Biden, and how similar allegations against former judge, now Associate Supreme Court Justice Brett Kavanaugh were handled.

So, when news reports say Florida Gov. Ron DeSantis is re-opening the Sunshine State, Texas Gov. Greg Abbott is firing things up in the Lone Star State, and even Washington Gov. Jay Inslee says outdoor recreation can slowly resume beginning May 5—there’s a lowland lakes trout season, along with spring wild turkey and black bear hunting seasons already technically open—it might provide some relief to some people, but increase the frustration for millions of others who are still told to stay home.

One positive result of the shutdown, according to Fox News, is that the City of Miami did not report a single homicide between Feb. 17 and April 12.

On the other hand, Chicago logged three murders and 16 shootings over the weekend, according to the Chicago Sun-Times.

The shutdown has clobbered the economy, although recent signs indicate things are slowly picking up on Wall Street. But more than 20 million Americans have lost their jobs.

According to Fox News, which keeps a running count, there have been 215,063 coronavirus fatalities worldwide, including 57,533 as of Tuesday.

Back in 1957-58 when the Asian flu epidemic erupted, the Centers for Disease Control and Prevention estimates 1.1 million people died around the world. According to a brief history at Wikipedia, there were between 70,000 and 116,000 deaths in the United States.

The nation didn’t shut down during the Asian flu crisis. Some might argue the present “stay at home” situation proves that lockdowns work to prevent fatalities, while others might suggest the country has overreacted, putting millions of people in unemployment and food bank lines while a fraction of that number may perish from the virus.

So what happens when Americans reach this anticipated “breaking point?’ Summer begins June 20, and it could be a long, hot one for many people, with two national political conventions looming, elections coming in the fall to choose the next president and cast ballots in House and Senate contests. Most state legislatures will be up for grabs as well.

Will unemployed voters hold Donald Trump responsible, or will they go after Democrats who initially seemed to criticize the president for shutting down travel, especially from China, and later criticized him for not having acted fast enough.

Perhaps by mid-June, the nation will have at least partly, if not largely recovered from the pandemic panic. If that’s the case, speculation about “breaking points” will have been for naught. Or will it?

Another Doctor Comes Forward on the Fraudulent ‘Plandemic’: Why Has NO One Been Charged? (Video)
March 6th, 2021 TCP News 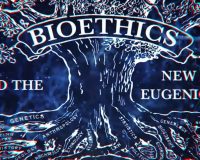 Two Governors Are Accused Of COVID-Related ‘Pay-To-Play’ — Guess Which One The Media(D) Is Targeting?
March 6th, 2021 Clash Daily
Tweets by Conservative Firing Line