On Monday, Democrat White House nominee Joe Biden popped up out of his basement and, realizing that the polls are beginning to shift toward Donald Trump, decided to make a campaign speech in front of about seven reporters in Pittsburgh, Pennsylvania.  While there, he rhetorically asked, “You know me. You know my heart. You know my story — my family’s story. Ask yourself, do I look like a radical socialist with a soft spot for rioters? Really?”

That prompted Rick Manning, the president of the conservative group, Americans For Limited Government, to respond with a simple answer: Yes.  On Tuesday, he issued the following statement:

“Joe Biden asked a simple question, ‘Do I look like a radical socialist with a soft spot for rioters?’ The answer is yes.  When Biden refused to condemn the violence that has gone on in Portland for almost three months, his silence was consent to that violence.  Don’t ask me, ask his running mate Kamala Harris who wrote in Cosmopolitan, ‘In times like this, silence is complicity.’

“So, Joe when you don’t come out of your basement and denounce the rioting, burning and violence in Minneapolis, Portland, Seattle, Chicago and Washington, D.C., while allowing your surrogates to pretend that it wasn’t happening, you were complicit.  Now you try to claim to be some kind of great moderate with the ‘you know me’ line.  Joe, what we know is that your convention did not stand up to those who seek to destroy our country and the rule of law.  Your convention did not stand up to those who would defund the police. Your running mate supported cutting $150 million from the LAPD.  Your political party refused to allow Senator Tim Scott’s police reform bill to come to the floor of the Senate and you said nothing.

“Your running mate indicts you with her own words, because your silence on the riots makes you complicit in every store that has been burned, every law enforcement officer who has been killed or injured and every innocent bystander who has been attacked and in some cases killed.  We know you Joe, you are the guy who is too scared to stand up for what is right and after the fact complains about those who did.

“Yes, Joe, we know you.  And we know that our President can’t hide in his basement in fear and remain silent as domestic terrorism grips our streets.  It is because we know you, that America will not vote for you,” he said. 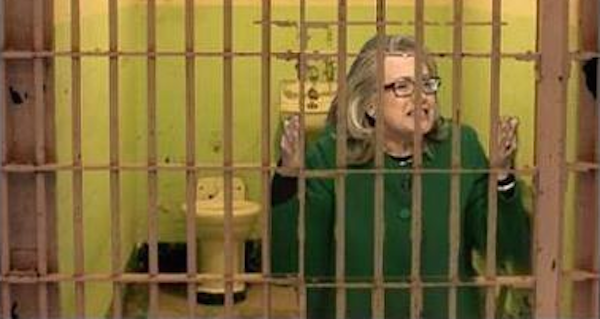