Since his rise to power, a number of people have wondered whether Barack Obama is a Christian or a Muslim.  A poll once showed that about 18 percent believe he is a Muslim, even though the Democrat-media complex tells us he is a Christian.

We’ve put together a summary for you, but the original blog has all the quotes, along with links to each one for reference.

1. “The future must not belong to those who slander the prophet of Islam”

2. “The sweetest sound I know is the Muslim call to prayer”

3. “We will convey our deep appreciation for the Islamic faith, which has done so much over the centuries to shape the world — including in my own country.”

4. “As a student of history, I also know civilization’s debt to Islam.”

5. “Islam has a proud tradition of tolerance.”

6. “Islam has always been part of America”

7. “we will encourage more Americans to study in Muslim communities”

8. “These rituals remind us of the principles that we hold in common, and Islam’s role in advancing justice, progress, tolerance, and the dignity of all human beings.”

9. “America and Islam are not exclusive and need not be in competition. Instead, they overlap, and share common principles of justice and progress, tolerance and the dignity of all human beings.”

11. “Islam is not part of the problem in combating violent extremism – it is an important part of promoting peace.”

12. “So I have known Islam on three continents before coming to the region where it was first revealed”

13. “In ancient times and in our times, Muslim communities have been at the forefront of innovation and education.”

14. “Throughout history, Islam has demonstrated through words and deeds the possibilities of religious tolerance and racial equality.”

15. “Ramadan is a celebration of a faith known for great diversity and racial equality”

16. “The Holy Koran tells us, ‘O mankind! We have created you male and a female; and we have made you into nations and tribes so that you may know one another.’”

17. “I look forward to hosting an Iftar dinner celebrating Ramadan here at the White House later this week, and wish you a blessed month.”

18. “We’ve seen those results in generations of Muslim immigrants – farmers and factory workers, helping to lay the railroads and build our cities, the Muslim innovators who helped build some of our highest skyscrapers and who helped unlock the secrets of our universe.”

19. “That experience guides my conviction that partnership between America and Islam must be based on what Islam is, not what it isn’t. And I consider it part of my responsibility as president of the United States to fight against negative stereotypes of Islam wherever they appear.”

20. “I also know that Islam has always been a part of America’s story.”

Compare those to 20 of Obama quotes on Christianity:

1. “Whatever we once were, we are no longer a Christian nation”

2. “We do not consider ourselves a Christian nation.”

3. “Which passages of scripture should guide our public policy?  Should we go with Leviticus, which suggests slavery is OK and that eating shellfish is an abomination?  Or we could go with Deuteronomy, which suggests stoning your child if he strays from the faith?”

4. “Even those who claim the Bible’s inerrancy make distinctions between Scriptural edicts, sensing that some passages – the Ten Commandments, say, or a belief in Christ’s divinity – are central to Christian faith, while others are more culturally specific and may be modified to accommodate modern life.”

5. “The American people intuitively understand this, which is why the majority of Catholics practice birth control and some of those opposed to gay marriage nevertheless are opposed to a Constitutional amendment to ban it. Religious leadership need not accept such wisdom in counseling their flocks, but they should recognize this wisdom in their politics.”

6. From Obama’s book, The Audacity of Hope: “I am not willing to have the state deny American citizens a civil union that confers equivalent rights on such basic matters as hospital visitation or health insurance coverage simply because the people they love are of the same sex—nor am I willing to accept a reading of the Bible that considers an obscure line in Romans to be more defining of Christianity than the Sermon on the Mount.”

7. Obama’s response when asked what his definition of sin is: “Being out of alignment with my values.”

8. “If all it took was someone proclaiming I believe Jesus Christ and that he died for my sins, and that was all there was to it, people wouldn’t have to keep coming to church, would they.”

9. “This is something that I’m sure I’d have serious debates with my fellow Christians about. I think that the difficult thing about any religion, including Christianity, is that at some level there is a call to evangelize and prostelytize. There’s the belief, certainly in some quarters, that people haven’t embraced Jesus Christ as their personal savior that they’re going to hell.”

10. “I find it hard to believe that my God would consign four-fifths of the world to hell.  I can’t imagine that my God would allow some little Hindu kid in India who never interacts with the Christian faith to somehow burn for all eternity.  That’s just not part of my religious makeup.”

11. “I don’t presume to have knowledge of what happens after I die. But I feel very strongly that whether the reward is in the here and now or in the hereafter, the aligning myself to my faith and my values is a good thing.”

12. “I’ve said this before, and I know this raises questions in the minds of some evangelicals. I do not believe that my mother, who never formally embraced Christianity as far as I know … I do not believe she went to hell.”

13. “Those opposed to abortion cannot simply invoke God’s will–they have to explain why abortion violates some principle that is accessible to people of all faiths.”

14. On his support for civil unions for gay couples: “If people find that controversial then I would just refer them to the Sermon on the Mount.”

15. “You got into these small towns in Pennsylvania and, like a lot of small towns in the Midwest, the jobs have been gone now for 25 years and nothing’s replaced them. And they fell through the Clinton Administration, and the Bush Administration, and each successive administration has said that somehow these communities are gonna regenerate and they have not. And it’s not surprising then they get bitter, they cling to guns or religion or antipathy to people who aren’t like them or anti-immigrant sentiment or anti-trade sentiment as a way to explain their frustrations.”

16. “In our household, the Bible, the Koran and the Bhagavad Gita sat on the shelf alongside books of Greek and Norse and African mythology”

17. “On Easter or Christmas Day, my mother might drag me to church, just as she dragged me to the Buddhist temple, the Chinese New Year celebration, the Shinto shrine, and ancient Hawaiian burial sites.”

18. “We have Jews, Muslims, Hindus, atheists, agnostics, Buddhists, and their own path to grace is one that we have to revere and respect as much as our own”

19. “All of us have a responsibility to work for the day when the mothers of Israelis and Palestinians can see their children grow up without fear; when the Holy Land of the three great faiths is the place of peace that God intended it to be; when Jerusalem is a secure and lasting home for Jews and Christians and Muslims, and a place for all of the children of Abraham to mingle peacefully together as in the story of Isra— (applause) — as in the story of Isra, when Moses, Jesus, and Mohammed, peace be upon them, joined in prayer.  (Applause.)”

You can find this list, with links referencing each quote, here. 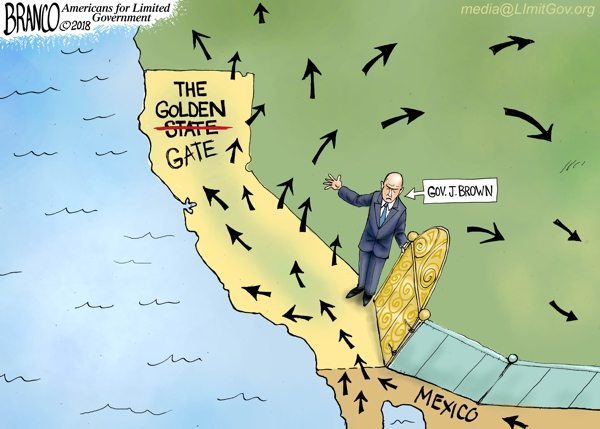 Taddeo: Elvira Salazar ‘a Threat to Reproductive Rights’
The Floridian

Who Would You Kill? The Moral Question Behind The Supreme Court’s Abortion & Gun Control Decisions
June 27th, 2022 Sons of Liberty Media

Taddeo: Elvira Salazar ‘a Threat to Reproductive Rights’
The Floridian

Who Would You Kill? The Moral Question Behind The Supreme Court’s Abortion & Gun Control Decisions
June 27th, 2022 Sons of Liberty Media