Aurora, CO – Colorado ICE protesters ripped down the American flag from an ICE facility that houses illegal immigrants and replaced it with the Mexican Flag on Friday evening. They also vandalized a pro-police Blue Line flag and put it on the pole upside down with the words “abolish ICE” spray painted on it. The ‘outrage mob’ is still at it, when the whole narrative against ICE is a bunch of bs. But who was behind the protests? That may surprise you.

Protestors on @ICEgov property just pulled down the American flag and replaced it with the Mexican flag. The group by the doors is growing. Though most protestors are still on the street. pic.twitter.com/X2waaFMEOW

According to Fox, Colorado officials replaced the American flag. Aurora Police Chief Nick Metz stated that most of the protesters remained peaceful and even thanked officers for their efforts. But it’s the people who are pushing this narrative of which some are probably not aware: socialists.

They were allegedly marching to “let them all in.” Which would be a complete and total disaster for our nation. Cities and counties are already stretched too thin in resources that are siphoned away from citizens. California recently decided to grant all illegals free healthcare while citizens have to pay for it.

Socialists have no interest in the underlying issue of the “separated families” or any other “altruistic” thoughts. They simply want to change America to fit their own views. The bs about “collective ownership” and “redistribution of wealth” has never worked for the benefit of “workers” in the history of the world. They want communism, total control over the rest of us, plain and simple.

The international socialists have this communist logo: 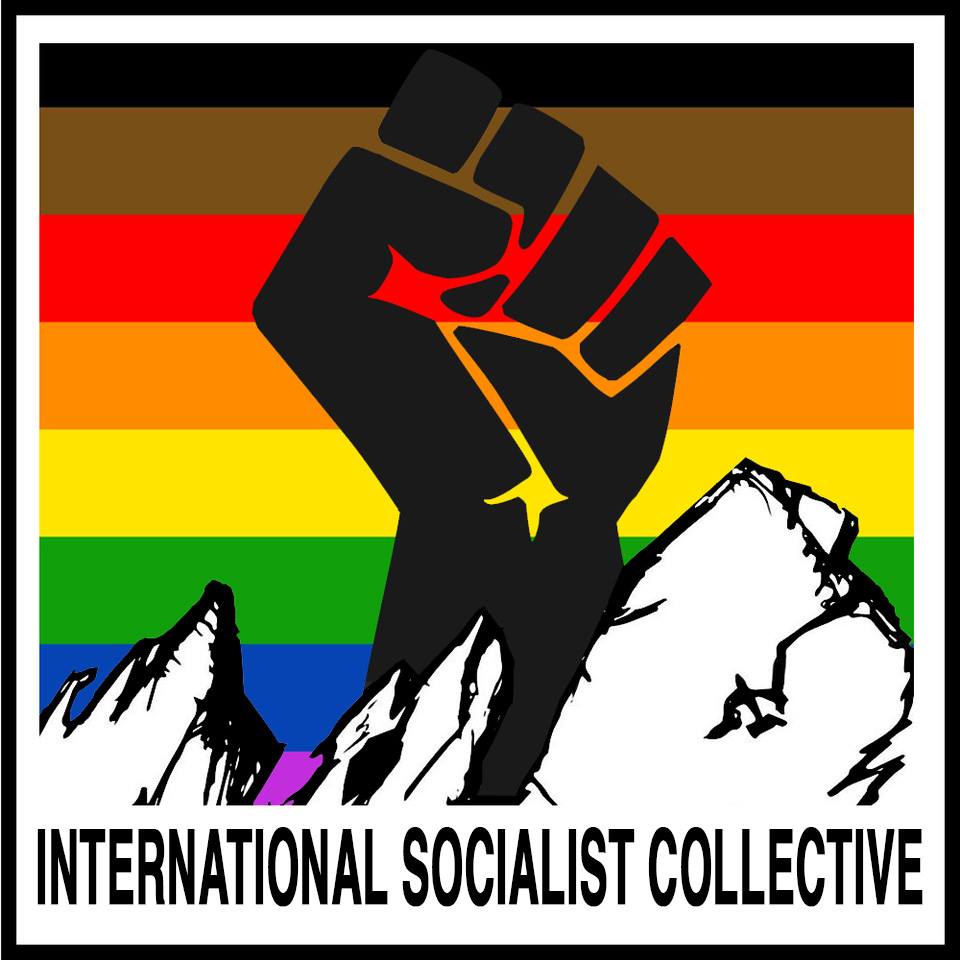 Get it yet? The group behind the Colorado ICE protesters had an agenda to destroy the United States. Socialists intend to pull apart the fabric of America…and their plan appears to be working just fine, judging from the infighting among Democrats.

Ignorant AOC is the person who promoted and furthered the narrative that the ICE facilities were just “concentration camps” that had no necessities for the families. She is like a robot repeating the same drivel over and over again – and has doubled down on the narrative. She even went so far as to fake a video that showed her weeping over an empty parking lot. She is a total fraud.

But like cult leaders, she manages to con people into following her because she’s loud. As the old saying goes, “the squeaky wheel gets the grease.” The problem for her is that the day will come when her wheel is replaced. Her and her socialist buddies will one day fail…but will it require a civil war to do it?