On Monday, the Supreme Court granted a writ of certiorari in a Second Circuit Court case on whether or not then-President Trump violated the First Amendment rights of American citizens by blocking them on Twitter. The SCOTUS decision “remanded to the United States Court of Appeals for the Second Circuit with instructions to dismiss the case as moot” since Trump is no longer President.

However, in his lengthy concurring opinion, Justice Clarence Thomas opens the door for Congress to remove Section 230 protections from social media companies likening digital platforms to “common carriers” such as phone companies and internet service providers as well as “places of public accommodation” like a town hall meeting.

Thomas concurs, emphasizes difficulty of “applying old doctrines to new digital platforms.” He says, “it seems rather odd to say that something is a gov forum when a private company has unrestricted authority to do away with it” referring to @Twitter removing Trump’s account.

Lefty Slate journo Mark Joseph Stern has his hair on fire over this. That’s probably a good sign.

In other words, Clarence Thomas is inviting Congress to ban social media companies from engaging in content moderation by stripping them of their own First Amendment rights and transforming them, for legal purposes, into common carriers or public accommodations.

Justice Thomas begins his concurring opinion by citing the case against Trump directly and the contention that he was abridging the free speech rights of individuals engaging with his tweets by blocking them, but then notes that these individual actions “paled in comparison” to the actions of a private company — in this instance, Twitter — who subsequently booted the sitting President off of the platform entirely.

Justice Thomas also says that the Second Circuit decision stating that Trump’s personal Twitter account was a “public forum” was questionable since it was on a private platform and not in a government-controlled space.

This is not the first or only case to raise issues about digital platforms. While this case involves a suit against a public official, the Court properly rejects today a separate petition alleging that digital platforms, not individuals on those platforms, violated public accommodations laws, the First Amendment, and antitrust laws. Pet. for Cert., O. T. 2020, No. 20–969. The petitions highlight two important facts. Today’s digital platforms provide avenues for historically unprecedented amounts of speech, including speech by government actors. Also unprecedented, however, is the concentrated control of so much speech in the hands of a few private parties. We will soon have no choice but to address how our legal doctrines apply to highly concentrated, privately owned information infrastructure such as digital platforms…

…the Second Circuit’s conclusion that Mr. Trump’s Twitter account was a public forum is in tension with, among other things, our frequent description of public forums as “government-controlled spaces.” Minnesota Voters Alliance v. Mansky, 585 U. S. ___, ___ (2018) (slip op., at 7); accord, Pleasant Grove City v. Summum, 555 U. S. 460, 469 (2009) (“government property and . . . government programs”); Arkansas Ed. Television Comm’n v. Forbes, 523 U. S. 666, 677 (1998) (“government properties”). Any control Mr. Trump exercised over the account greatly paled in comparison to Twitter’s authority, dictated in its terms of service, to remove the account “at any time for any or no reason.” Twitter exercised its authority to do exactly that.
Source: Supreme Court

So, what does this all mean? Well, it’s very, very bad news for Jack Dorsey and Mark Zuckerberg who have been trying to have their cake and eat it, too when it comes to being both a publisher and a platform.

Meanwhile, President Trump is starting his own social media platform since Big Tech collusion has excluded him from the national conversation.

Although, he seems to be getting his message out without any difficulty, somehow… 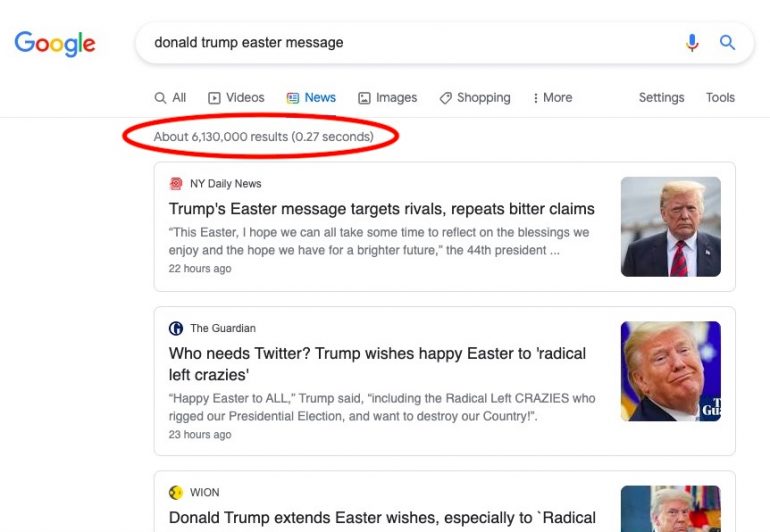